Long ago, psychologists noted a strange trait of people to set non-motivated limits for solving a new task. Usually, the limits are produced from a conventional algorithm of solving old tasks, which are similar to some extent but, at the same time, significantly differ from them. The results of such limit are pointlessly spent time and lack of the result. Probably, the same situation is often typical of the research of some new phenomena, when the observer could miss something completely.

Almost any reader of this article has visited the high-voltage laboratory and seen the long air gap tests. To provide their breakthrough, a pulse voltage generator (PVG) of a megavolt level is used. One terminal of PVG is earthed, while the other one is attached to a high-voltage electrode forming a discharge gap. When accumulation tanks of PVG are charged, high voltage is supplied to the gap. Several dozens of microseconds of its exposure are enough to provide a spark jump. After the bright flash and a thunder nothing else happens, and it cannot happen because the PVG accumulation capacity has completely spent its accumulated energy.

The long laboratory spark is considered as analogue to the lightning, and only few experts think of the extent of substantiation for this. We have to start with that the thundercloud or rather its charged cell is not the same as the accumulation capacity of PVG, wherein the electrical charge is completely accumulated on a metal plate (band), and it flows easily from the electrical circuit in case of short circuit. The thunderstorm cell charge is located in hydrometeors (snow, ice, and water drops), and there are almost no significant conductive couplings therebetween. The bulk charge of the thunderstorm cell remains intact, especially when the discharge channel is developed at the side of it and does not penetrate the charged volume. And such situation often takes place.

The flights around the thunderclouds and their probing have demonstrated that the electrical field strength in the storm environment does not increase to more than 400 to 500 kV/m in a distinguishable volume. This field is not enough for air ionization, with the normal pressure being at least 3,000 kV/m. However, lightnings emerge, and it happens very often. It means that the mechanism for local strengthening of the electrical field exists in a very limited volume and for a very short time. Such local areas of field strengthening are hardly distinguished during the airplane probing. Their mechanism is still discussed only at the level of theoretic hypotheses. According to one of them, which is rather widespread, the source of the local electrical field strengthening is a plasma strand developed by space irradiation that ionizes air. After the strand polarization, the opposite charges are collected at its ends, and they strengthen the storm electrical field, thus providing a lightning. It starts almost simultaneously from both ends of the starting plasma strand. One of these ends excites the downward leader that goes to the ground surface, while the other one goes upwards, to the cloud boundary. 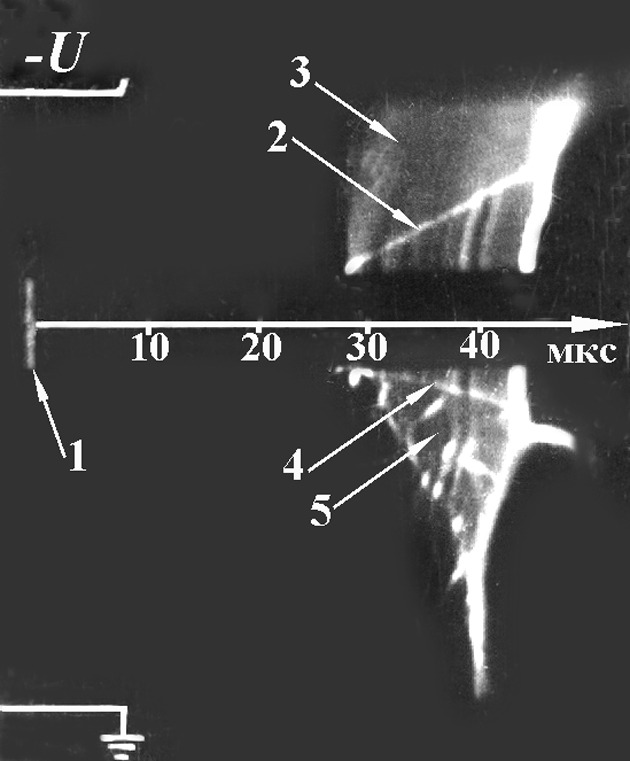 Read further 2. What happens to an upward leader after its start?