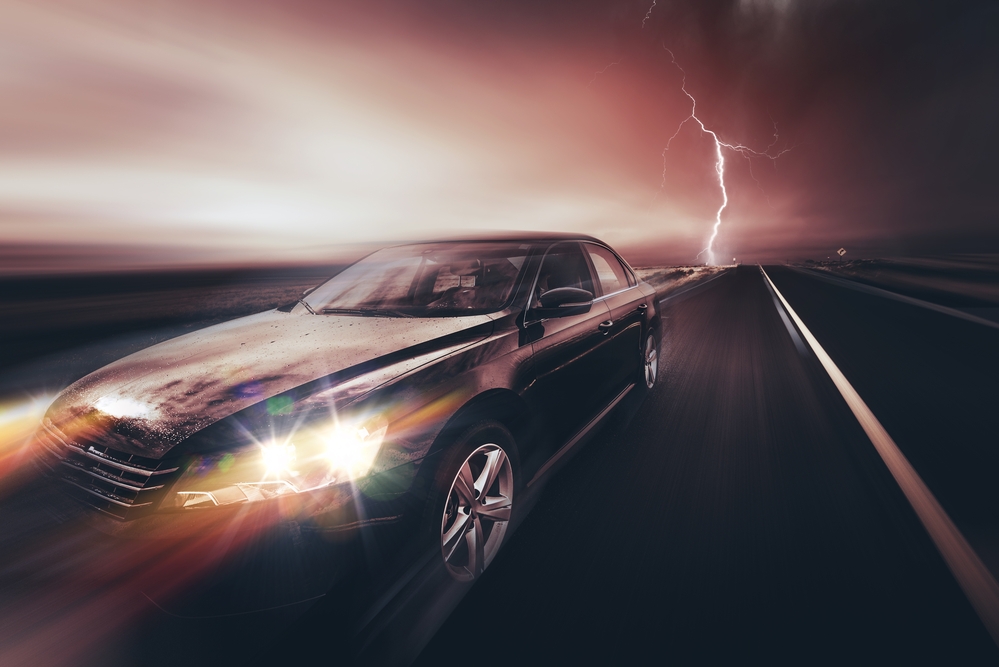 In 2016, in Pavlodar (Kazakhstan), the lightning got into the tram. It got to the cable connecting the current collector with the electrical equipment of the tram. No human injuries were reported, but the tram had to be repaired.

In 2017, the lightning got into the "Lastochka" train in the Moscow Central Ring, which led to the short-time interruption of railroad traffic.

In 2018, in Greece, the lightning got into the international bus moving along the route from Alexandroúpolis to Osteriada. As a result, the bus was put on fire. Only thanks to the driver's professionalism who got the passengers out of the bus, nobody got injuries.

Although the lightning current effect on a person does not play a role in a closed body vehicle, it has the most essential damage effect for bicycles and motorcycles. 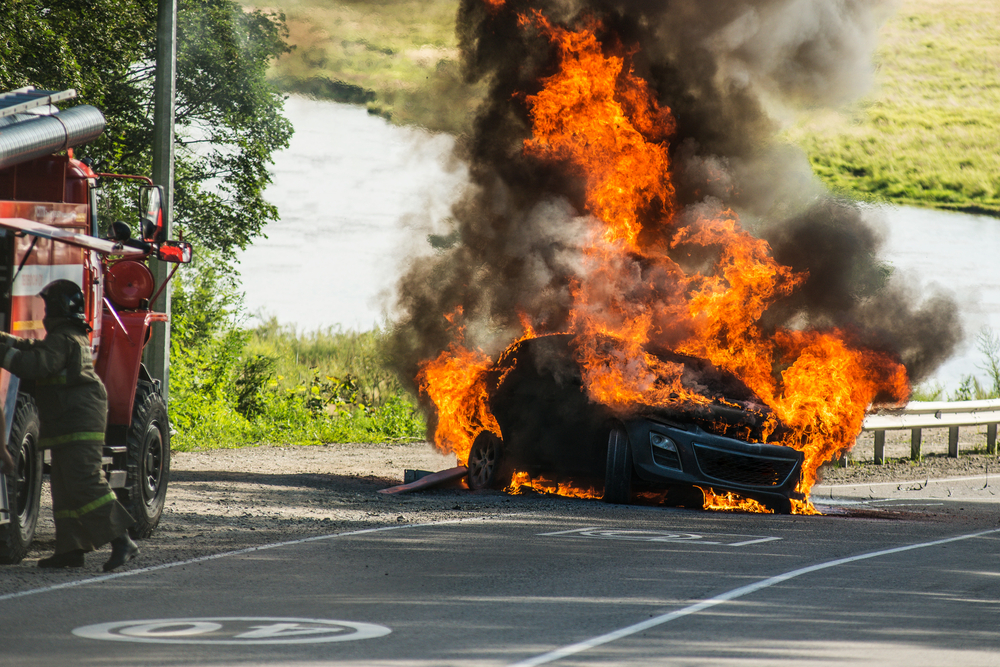 The most dangerous effect of the lightning on vehicles (except for bicycles and motorbikes) is thermal.

The thermal lightning effect is of the most concern. A fuel tank burning may occur due to it, and with the small amount of fuel, it may even cause the explosion.

The electromagnetic lightning effect may cause fire, e.g. when the lightning strikes the contact wire of the electrical equipment of a tram or a trolley bus, or damage the electronics of the vehicle. Its importance is becoming ever-greater. The modern trains and vehicles have complex control computers, and their failure leads to the inability of their independent movement.

Finally, the effect on the human sense organs is one more danger. Indeed, the lightning current does not flow through the driver of the vehicle, but as a result of the act of nature, he or she may become deaf or blind for some time. As a result of this, the driver will drive the vehicle improperly, which may lead to an accident.

The list of incidents caused by the lightnings provided in the beginning of the article allows concluding that the most essential means to protect the vehicles against the lightning is organizational measures. The driver must know the lightning danger effects and have clear instructions regarding the passenger evacuation. 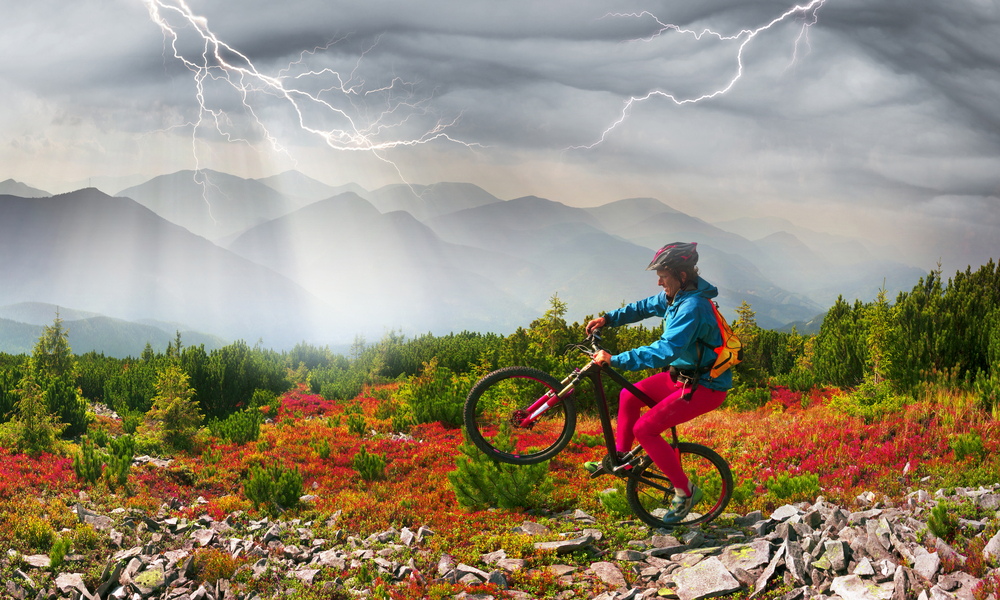 During the bicycle trips, if the storm comes, you should stop in a covered place.

If the lightning strikes the vehicle, you have to stop as soon as possible. After that, inspect the vehicle for obvious damages. And only if there are no damages, and the driver is in a good mental condition, continue moving.

In the transport using the contact grids, special dischargers are used to struggle with the pulse overvoltage. They are installed either inside the vehicles or on the supports of the power grid.

The lightning protection of the railroad is a large set of measures that cannot be described in this article due to its limitations. You can read here to learn about it.

How to make grounding

Lightning strike as viewed by a firefighter 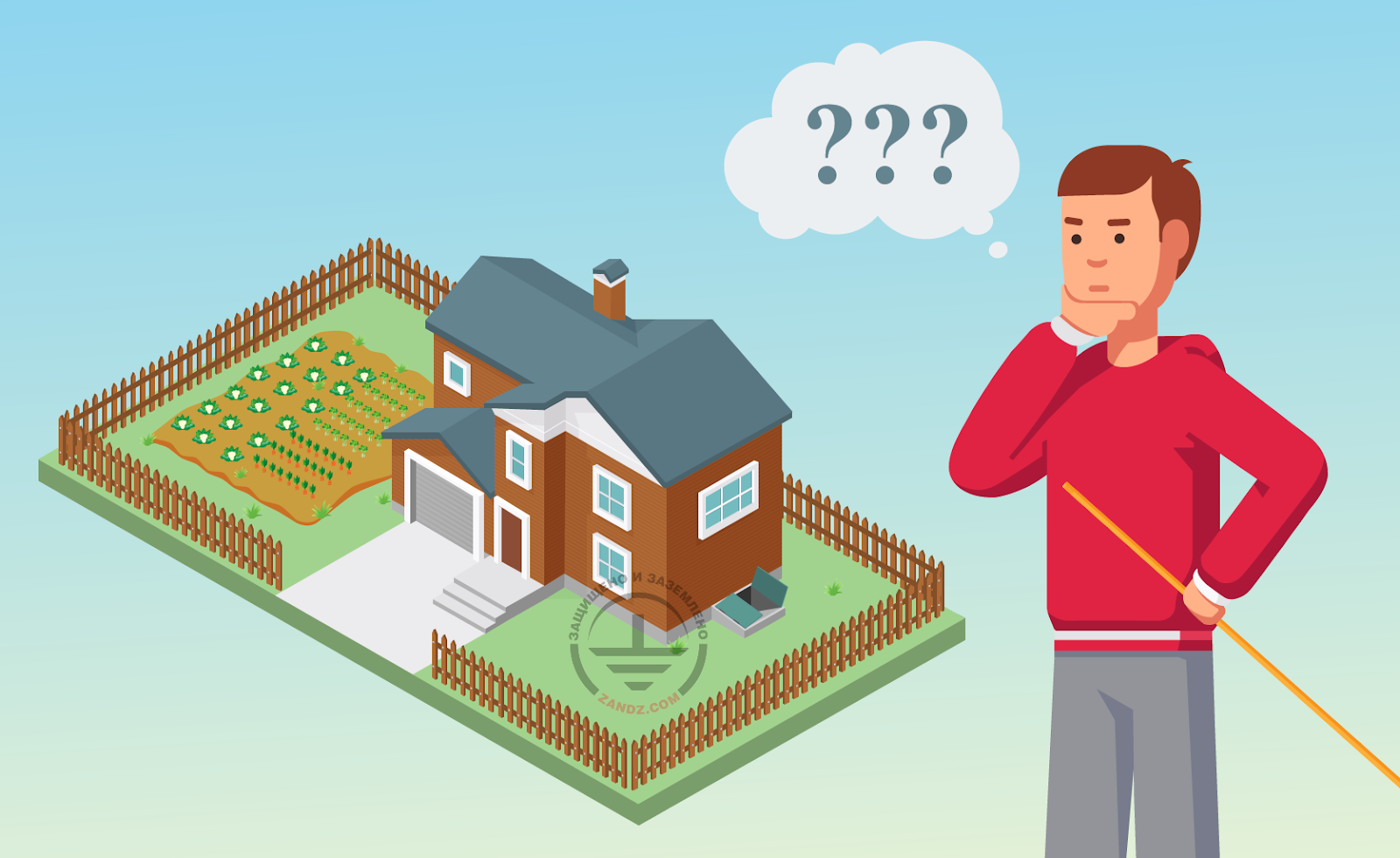 Is Lightning Dangerous in a Large City?