1. WHY DOES THE LIGHTNING ARRESTER HAVE A CONE-SHAPED PROTECTION ZONE?

From the series of articles Complete Information on the Protection Zones of the Lightning Arrester".

The answer to this question could be obtained even in the times of Franklin and Lomonosov. The experiments have shown that the lightning is a giant long spark. A similar spark could be produced in the laboratory even in the 18th century using the induction machine that had already existed then. The best of them provided a voltage of several hundred kilovolts, which is enough to form sparks with the length of several centimeters. This physical model can be a basis for the qualitative test. 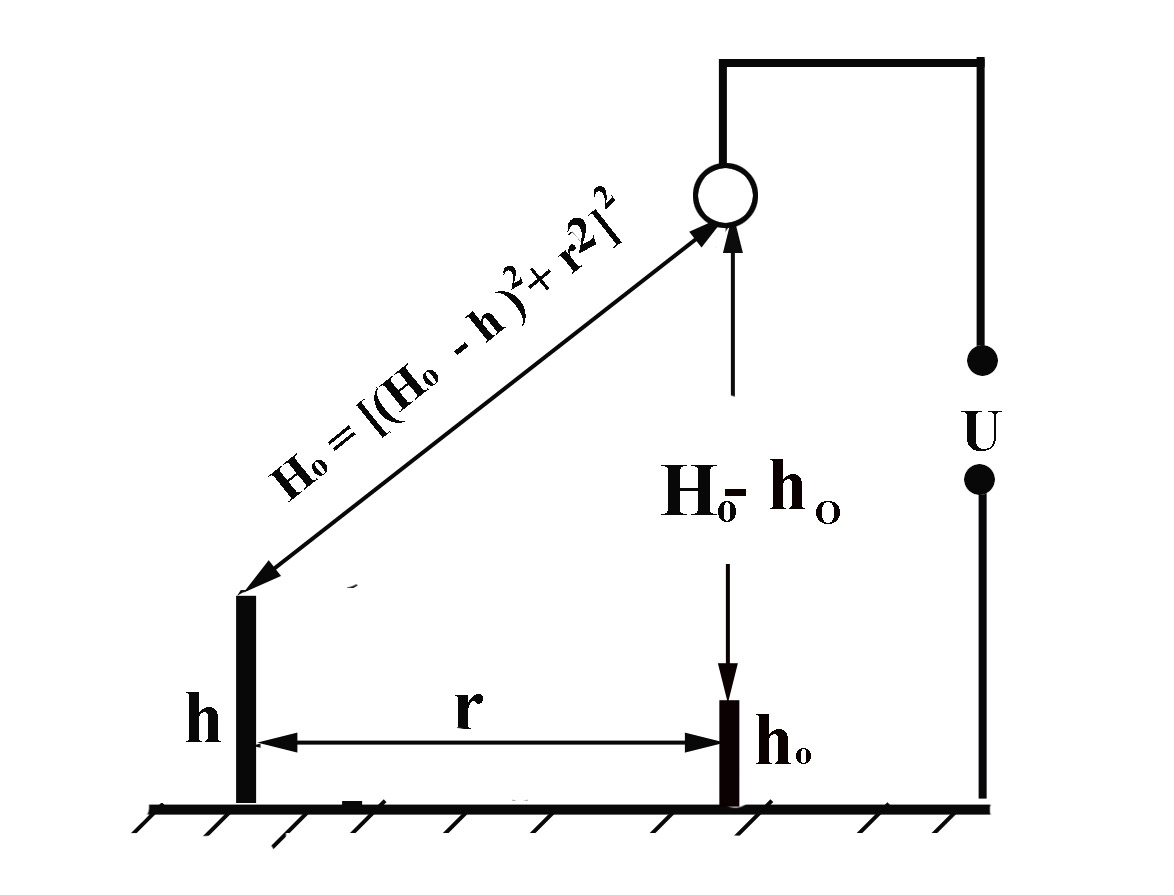 Look at the earthed electrode arrangement in Fig. 1. The distance to the central earthed electrode (an object model) is precisely the same as the distance to the second (a lightning arrester model) offset to distance r from it. A high-voltage electrode is connected to a high-voltage source simulating the lightning being formed. You can turn on high voltage and trace the spark path. The experiment should be repeated to obtain convincing statistics. Its result is evident: each rod will receive 50% discharges. Now, if we slightly increase the height of the rod simulating the lightning arrester, its discharge gap will become shorter, and it will be easier to cover with the electric discharge. However, do no think that it will collect all discharges. The share of discharges to the lightning arrester model will surely increase, but there will be no 100% probability. A portion of spark channels will go along the longest path, i.e. to the object. 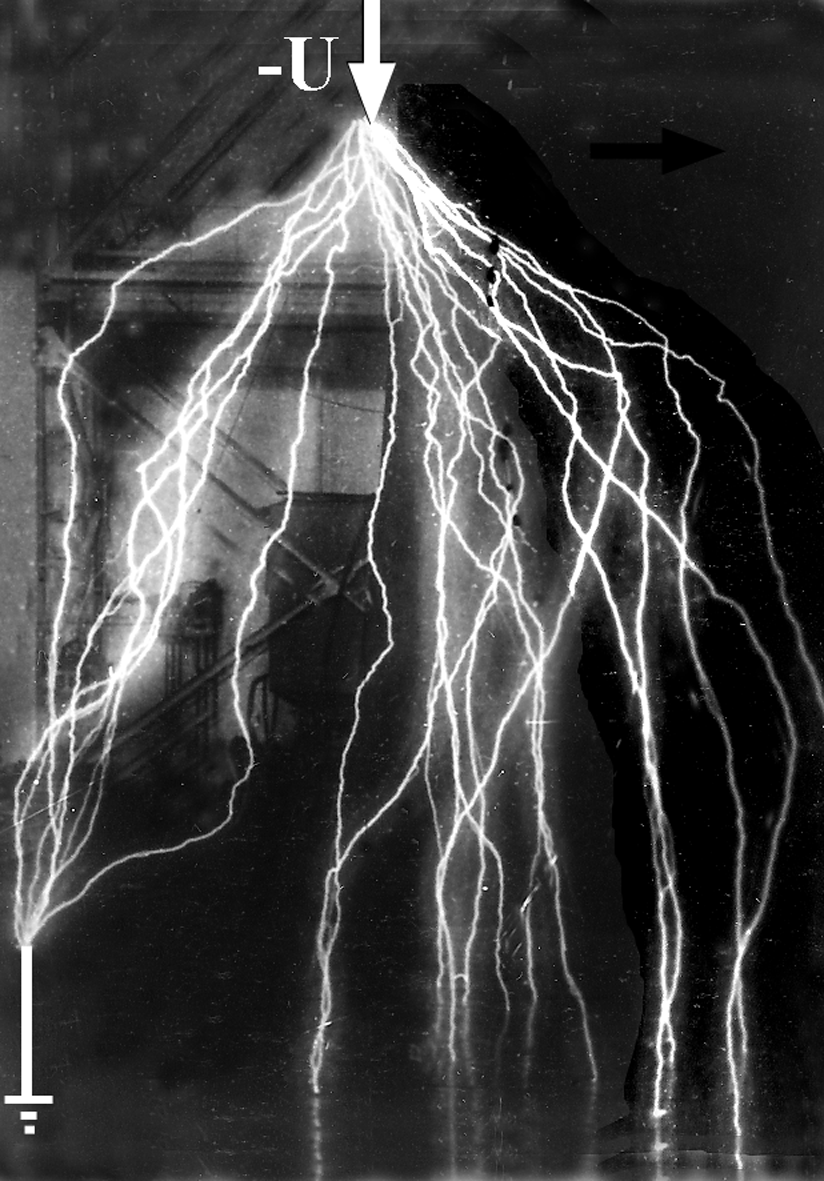 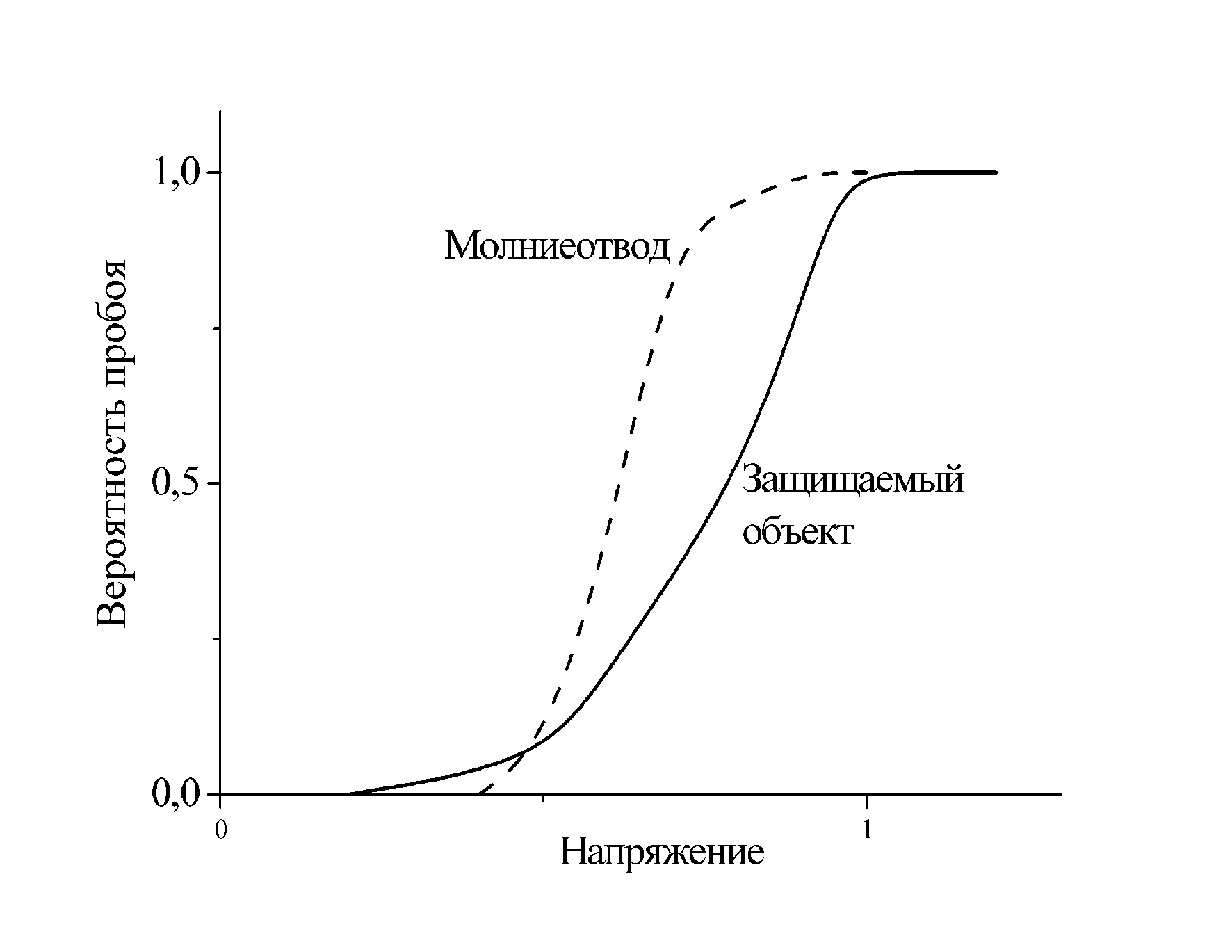 Second, along with the increase in the horizontal distance between the lightning arrester and the object, the limit height of the object should decrease to keep the distance

and the reliability of the object protection against the direct lightning strikes into it along with the height. Based on this, the idea of the protection zone as a cone-shaped surface has appeared, with the top located in the axis of the lightning arrester, under its top, and its radius increasing along with approaching the earth.

There are no differences related to the second position, but the protection zone’s top is often aligned with the lightning arrester’s top. It was done like this, e.g., without any reasons, in the standard IEC 62305, although the incorrectness of such position does not cause any doubts based on the considerations above, and the error is the most significant upon the heights of the lightning arrester and the protected object getting closer to each other.

Why does the protection zone have a circular cross-section?

Read further "2. What Can We expect of the Laboratory Tests of Lightning Arresters?"