Letter to the editors. Lightning strike: what you feel after facing it

We got an email to the email box of the ZANDZ Technical center, the brightness of which surprised us. Probably you, like the author, faced lightning head-on. 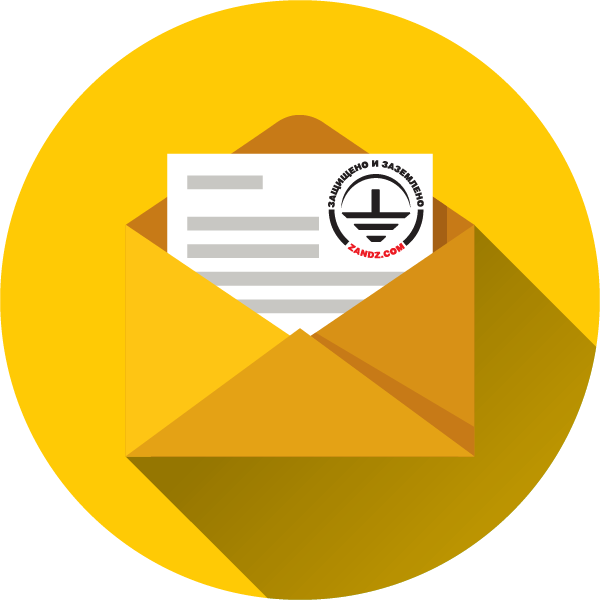 "Good afternoon! By chance I came to your site and saw a lot of interesting information about lightning. And a story of how I got "acquainted" with it came to my mind. I thought you might be interested in it.

Lightning strike: what you feel after facing it

It hits when you least expect it

Certainly many people know that a lightning strike is not a very pleasant event. But probably not many of you thought how it happens in reality, what a person feels in this case and how serious the consequences can be. So that's why I decided to tell my story to show a view from inside.

It happened quite long time ago, about 15 years ago but it still seems it happened yesterday. I was at my summer house with my family in the city Tarusa, Kaluga region. Our house was very small, single-store. It was located on a densely built-up street. I was outside with my sister, and my cousin with his small child was watching TV inside the house. The weather started to go down, clouds were coming. But they were still very far from us, the wind wasn't strong, the sky above us was clear and rain did not start yet. I could hear that there was thunder somewhere far.

Anyway we started to finish our work and went back to the house. We went to the kitchen. And then suddenly we were blinded by a very bright flash and there was a thunderclap at the same time which deafened us. It was so strong, that all the glasses in the house rattled. Later we were very surprised they were not blown out. It all happened in a split second. We even did not scream yet. The flash and the thunderclap were so strong, that the eyesight and hearing returned to us half a minute later but not to the full extent. It felt as if thousands of bombs exploded near our ears. At the same time, an electric charge in the form of a small ball jumped out of the socket several centimeters from us and flew out into the open door. We were standing motionlessly. Sometime later we heard that our nephew was crying and we saw our brother trying to find out if we were ok.

Consequences which will pursue us till the end of our life

It's scary to think what could happen if we stood a couple of centimeters closer to the socket or outside near the house. Because the current after the lightning strike goes over the ground and can bring immense harm to a human being going through his body. We were very lucky to enter the house several seconds before that.

Of course this phenomenon left its trace. It brought some damage, though minor. The TV burnt (the lightning probably stroke the antenna). The phone burnt which was being charged in the socket out of which the electric discharge appeared. Later we had to repair the wiring in the house. But we were incredibly lucky that the house was not on fire and there were no serious destructions and that everybody was safe and sound. Well, almost sound.

After the lightning strike we still saw some bright spots in front of our eyes. And the hearing completely returned to us in a week or so. For a week all the surrounding sounds sounded very densely, like out of a skip. And we had to forget about loud music for about a month- the ears started to hurt immensely. But of course it can't be compared to the imprint this phenomenon left in our lives. Every thunderstorm now causes a panic. Even being at home in a multistoried house I disconnect all the mobile devices, the laptop and take all the plugs out of the socket if the thunderstorm is approaching. Because this fear grew up into a real phobia.

I heard somebody say that lightning strikes into the highest point. But I really doubt that our antenna was the highest among the dozen of houses near us. Besides, there are a lot of different trees around. I mean to say that if you have any high structures or trees nearby, it doesn't mean your house is under protection. We sold that summer house by the way. But now I know what I will do first of all if we buy a new one.

Lightning strike is a dangerous and a violent act of nature. If you are near it, you feel it very expressively. We hope you already made a decision to perform lightning protection

Technical center ZANDZ.com will help you with calculation of any objects' lightning protection!