Webinar «How to choose lightning rods after all?», page 1

The tenth webinar of a series "Grounding and lightning protection: issues and problems arising in the design"

We recommend to watch the webinar with the streaming quality of 1080p in full-screen mode.

This workshop was intended as a free discussion with the developers of the standard for lightning protection IEC 62305. The preliminary agreement was received about a year ago, when the Russian webinars on this standard were being planned. The basis for the discussion assumed to be those many discrepancies that emerged between it and the national regulations. The expediency of the open discussion expediency caused no doubt, since a number of fundamental issues related to the procedure of selection of lightning rods, their down conductors and grounding devices still do not have consensus solution.

A questionnaire concerning the choice of the main parameters in IEC and the consequences deriving from it was prepared. It was assumed that these issues would be a foundation in the discussion. Unfortunately, neither the reporter of the webinars on IEC standard, nor his colleagues  found it possible to discuss the offered topic. The problem remained open.

Of course, we are not able to recover the logical course of the IEC specialists, which allowed them to accept these or those specific guidelines. We only can hold the analysis of consequences that come out of their prescriptions, and compare the obtained information with the experience of external lightning protection use. Such analysis will form the basis of the planned webinar.

The main attention will be paid to the choice of the type and height of the lightning conductor.

In this regard, the IEC regulations are fundamentally different from the domestic practice. Evaluation of prospects for reducing height of lightning rods at the expense of using multi-rod and multi-wire protective systems is of a great importance. In this regard, the domestic design technique opens up possibilities, which were not accounted in the IEC standard. And the forecast of the efficiency of lightning control actions, which can be carried out in the frames of national methodological

The webinar will also cover the prescriptions of regulatory documents in relation to grounding devices of lightning rods. The question is equally crucial for both the IEC and for the Russian standards, because there is no rhyme reason in any of them. 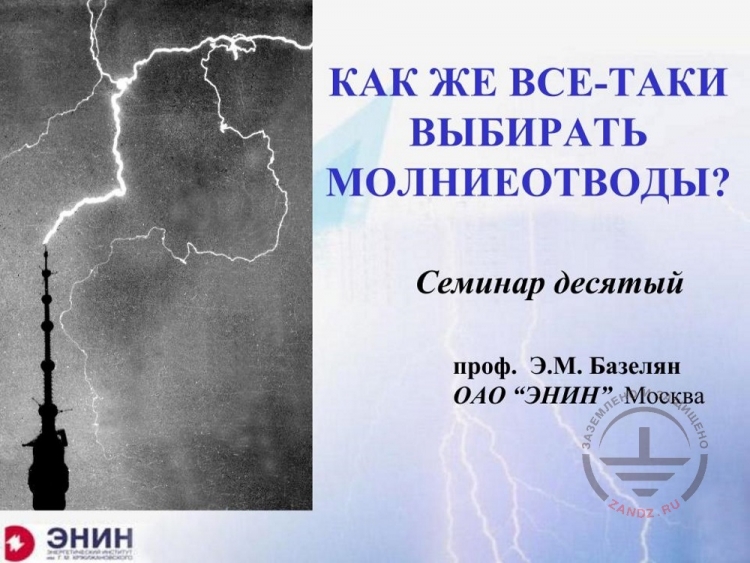 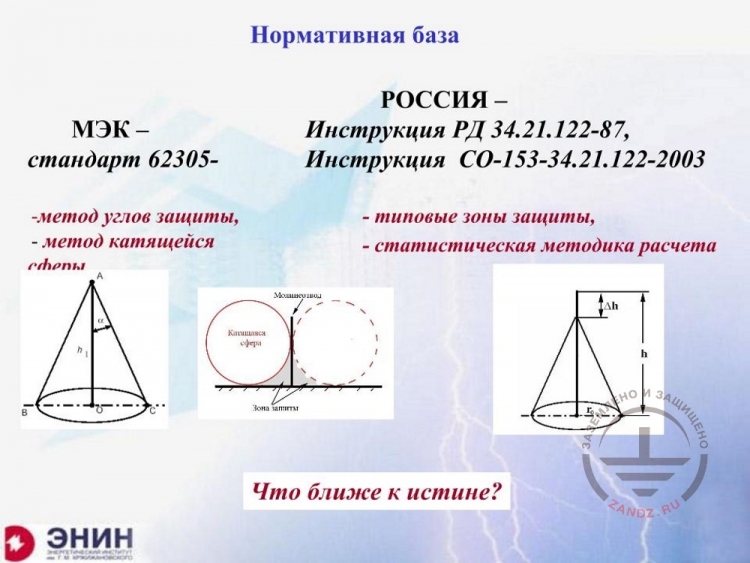 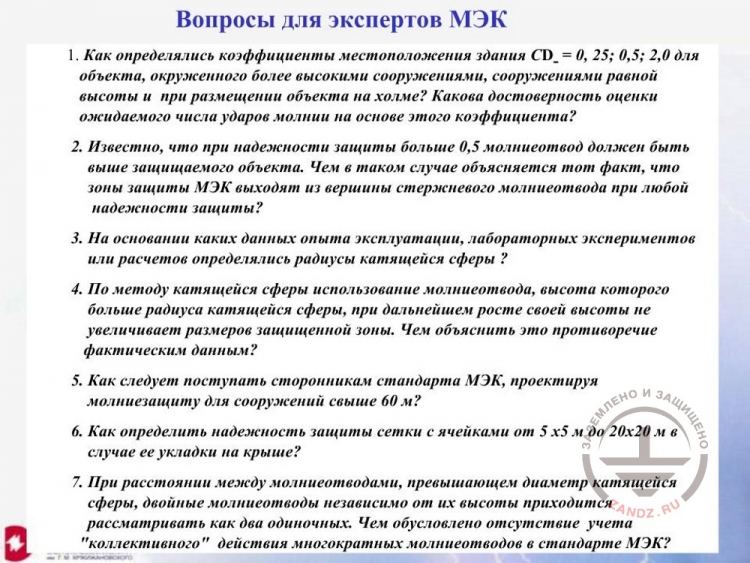 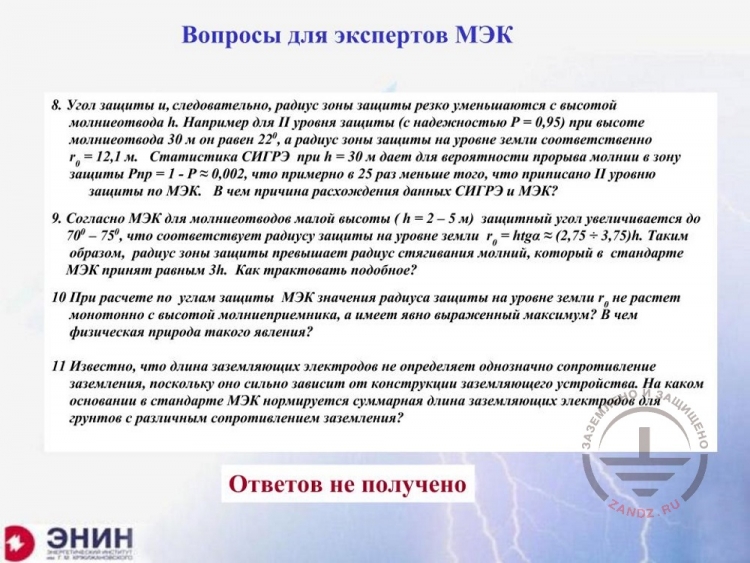 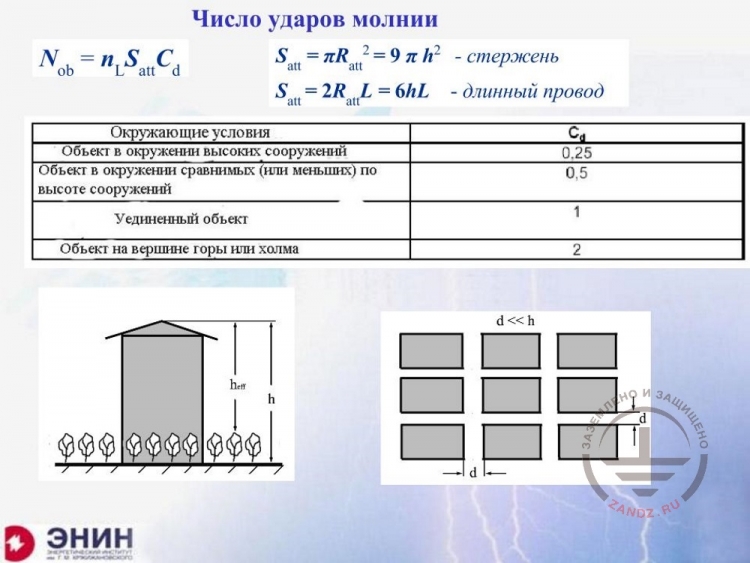 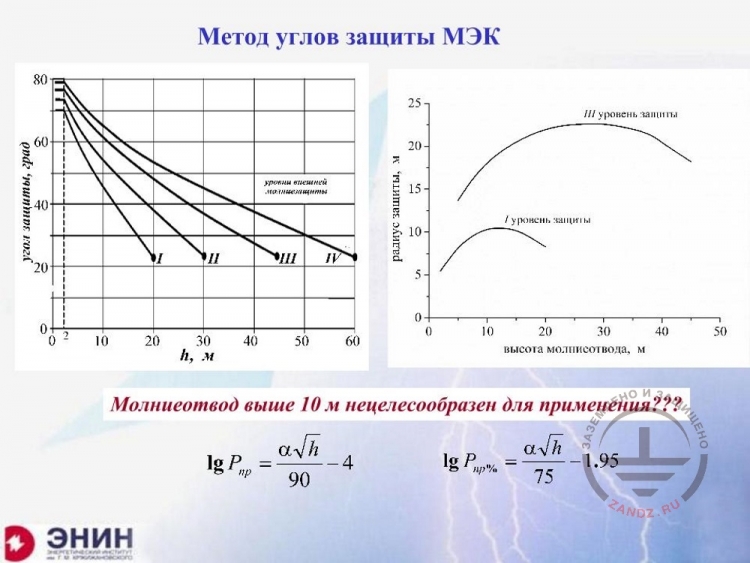 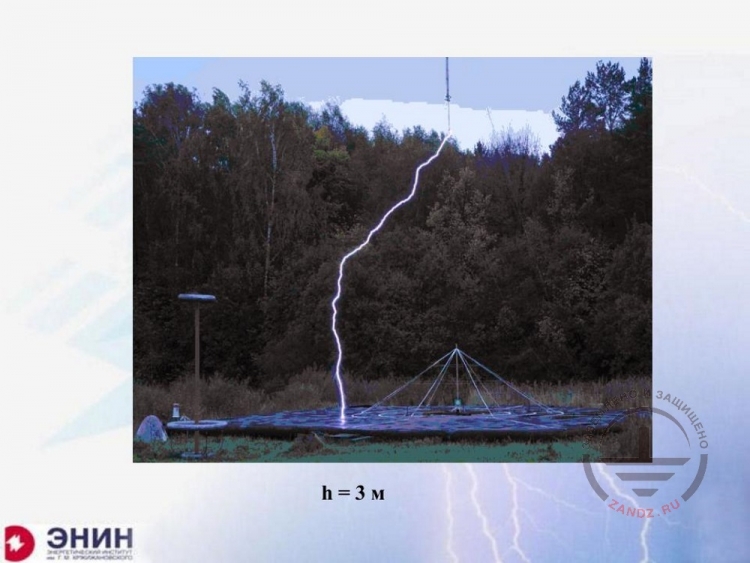 3. Possibilities of the statistical method