The mechanism of lightning attraction to an airplane

The first part of the article "Lightning protection of aircrafts"

We must start with a hypothesis of Gold. Almost half a century ago, he quite reasonably supposed that a plasma channel, forming from the top in the electric field of the atmosphere predetermines the point of a lightning strike into an on-ground structure. It is created by the charges of the thunderclour and the charge of the lightning channel, when it approaches the ground. The counter plasma channel (counter leader if to talk scientifically), justifying its name, strives towards the lightning and directs it to its starting place. It is reasonable to suppose, that something similar happens with aircrafts. One small, but crucial detail is not clear. 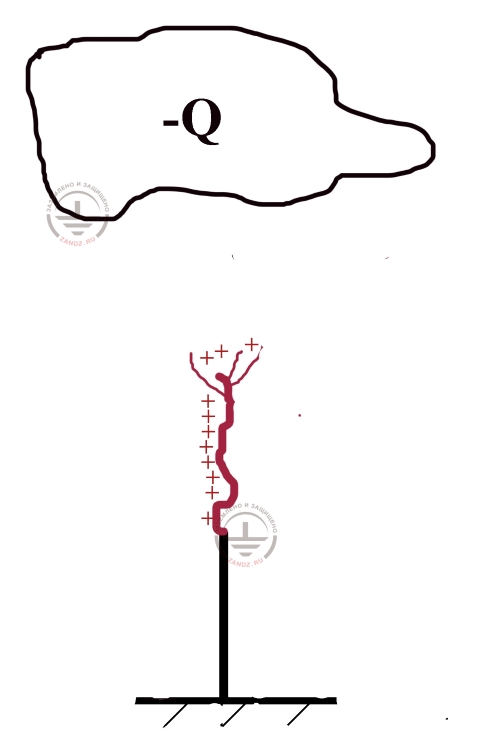 Take a look at fig. 1. You see the counter leader, when it is being formed from the top of the lightning rod in a negative electric field of a thunder cloud. 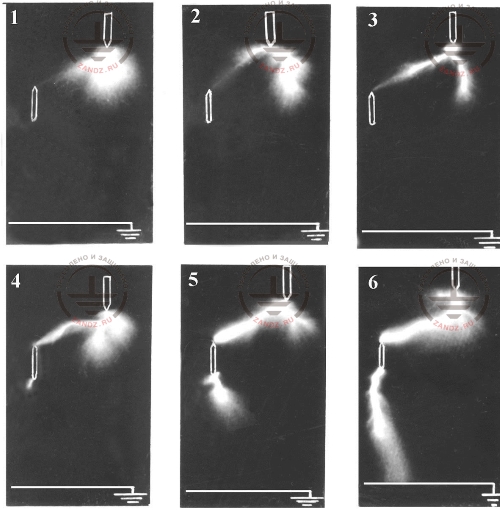 fig. 2. Orientation of a long spark on a metal electrode in a discharge gap

The results of fram-by-frame shooting demonstrate the stages of long spark channel orientation in the direction of a rod electrode. It is hanging on plastic threads in a discharge gas aside from a high-voltage electrode. A spark discharge from it models a natural lightning. When one of the branches of a long spark stretched to the side of the rod (it models an aircraft), then a counter channel with a positive charge initiacted from its top end. What about the negative charge? What happened to it without connection to a distant ground surface? It moved to the bottom end of the rod, sharply strenghened the electric field there and initiated another, this time negative channel, which started to develop in the ground. This channel surface became the storage of a negative charge. This bipolar gas discharge process predestined the result of the orientation. In the result, the long spark (in real conditions- lightning) stretched from the start point to the ground surface, involving the metal model of an aircraft into its trajectory.

The entitity of an orientation mechanism gives ground to suppose the approximate equality of a number of lightning strikes into the ground structure and an aircraft of equal dimensional sizes. Laboratory model experiments confirm this supposition. The situation is more complex with the real objects. A large aicraft not only contracts lightning upon itself, but originates them from its surface.

Software For Calculating Lightning Protection Reliability of Any Facility that Takes 30 minutes. Page 1