Development of modern technologies leads to an increase in the number, length and throughput of low-voltage networks in our homes. Being an integral part of the building's engineering systems, they determine its structure of security and information support, the operation of telecommunication complexes and the quality of communication. A low-current network is a network with the cables carrying information currents from 12 V to 24 V.

Low-current networks are used to create:

There are the following reasons for overvoltage of low-voltage networks during a thunderstorm:

Lightning protection of low-current networks from external manifestations of lightning is necessary in cases when they are brought outside the house. Examples are: a television antenna connected to the receiving and transmitting equipment, as well as cables laid to connect individual buildings with a home computer network, automatic irrigation control or organization of a video surveillance system. Antenna, designed to receive a high-frequency signal, will act as a receiver of electromagnetic pulses caused by a lightning strike. When installing the network underground, direct lightning can be avoided.

However, such a method of lightning protection of low-current networks will not save from the secondary impact in the form of an electromagnetic field that occurs at a strike in the immediate vicinity of the protected object.

In addition to conductive pulses during a thunderstorm, overvoltages of low-current networks can occur due to inductive interference over long lines. When a current changes in one of the conductors, which has an electrical connection with other conductors, an inductive voltage arises in them. Inductive pickup has a direct dependence on the length of the network line. In order to reduce it, apply twisting and shielding of a pair of signal wires, with the grounding of the screens themselves. In cases where a low-current network connects objects with different, independent from each other, grounding systems, the flow of an equalizing current from one system to another, as a result of a short-circuit of the power supply network of one of the objects, can damage not only the equipment, but also the line itself. With a small potential difference between individual grounding systems, their duration can be very significant.

Lightning protection of low-current networks implies the organization of an external lightning protection system for equipment located outside the structure and internal - to protect against impulse overvoltage of coaxial circuits inside.

To avoid damage to equipment removed outside the structure, a lightning rod towering above it is installed in such a way that the protected object is within its protection zone. The base of the equipment is grounded, connecting it with lightning rods.

Russian standards for the use of surge arresters for lightning protection of low-current networks have not yet been developed, so it is possible to take advantage of international standards (see. Appendix № 1). If the protective devices of the power lines are installed parallel to the circuit, then for the coaxial ones- they are mounted at the entrance to the building or in the break of the cable, or directly near the equipment. An obligatory condition is the organization of a grounding system in the house. For an example, let's analyze lightning protection of a video surveillance system. Video cameras are often located at a considerable distance from the concentrator, and the cables pass through the air, whereby the induced impulse currents on them have a significant value: the passage of the pulse along one of the lines will lead to the failure of the entire system. Therefore, low-current SPDs are installed near the video equipment, mounting them from both ends of the cable.

For internal lightning protection of low-current networks, devices the operation of which is based on two technical solutions: a gas discharge and a quarter-wave technology.

Arrangement of the gas spark gap

Passing through the network, the high-frequency pulse leads to the penetration of the arrester, resulting in a short-term overlap of the central core to the ground. When the voltage decreases to the arcquenching level, the spark gap becomes non conductive.

The lightning protection circuit of low-current networks, made by parallel connection of a gas discharger to the line, is shown in the figure below. 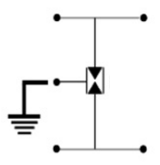 It is simple in performance and is economical, with a sufficiently high output pulse power and a small capacity. It was used in the middle of the XX century for lightning protection of analog equipment. Today it is actively used for electrical appliances operating in a wide frequency range.

The principle of the lightning rod operation based on the quarter wave technology is as follows: the length of a piece of conductor, laid from the core of the cable to the ground, is equal to one quarter of the wavelength of the signal. Thus, the segment shunts the signal of the given frequency to the ground, representing an infinite resistance for it.

This lightning protection method is characterized by a short response time and a small capacity, which together with high pulse power at a low residual voltage, allows to protect electrical equipment not only from weak induced impulses, but also in case of a direct lightning strike. Low-current equipment is extremely sensitive to overvoltages. It is possible to increase the efficiency of its protection by applying devices that combine a gas discharger that takes the basic energy of the pulse upon itself together with other passive elements: varistors, resistors, etc. Combined SPDs are made for the simultaneous connection of several channels, but, as a rule, not more than 4.

This scheme allows you to protect the low-current network, even if it enters the mains supply: the appearance of a short-circuit current leads to heating and breaking through the arrester, resulting in the short-circuiting of two wires between each other and to the ground. This method reliably protects low-current equipment and simultaneously disables automatic protection of the mains supply, signaling about a malfunction. If there is SCS in the building, then protection devices are placed in low-current shields and on the DIN rail. In the absence of such, free-standing devices, which represent themselves boxes fixed on the wall, are used.

Protection of low-current networks on the example of Leutron equipment

Overvoltage protection in data networks is performed by means of an SPD. In the environment of computer networks, it is necessary to protect servers, personal computers and network equipment, such as routers, switches, patch panels, converters from the consequences of lightning strikes. To protect these devices, special SPDs are used for low-current networks   Leutron DataPro X8RJ45-19 ", mounted into a telecommunications rack standard 19".

Depending on the modification, the device has from 8 to 48 protected RJ45 ports, to which cables of category 5e used in Ethernet networks are connected. In this way, it is possible to secure the equipment of data centers, computer centers and server rooms from overvoltage.

When you need to protect a single computer, server, switch, or other device that is connected to the network, SPD Leutron DataPro RJ45  (f/f) is used, enabling of which is carried out into the break of the network cable. 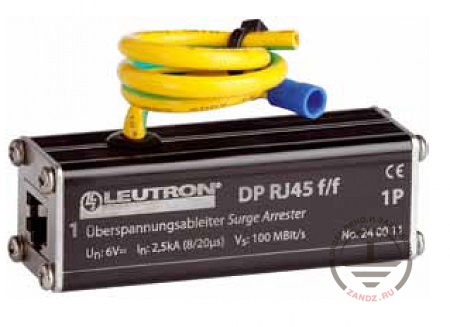 This device is suitable for use both in home conditions and business environments. SPD Leutron DataPro RJ45 PoE Alu has the same characteristics, but is designed for networks with PoE technology, which allows to transmit power energy and data over a common cable to IP-telephony devices, access points, IP cameras, etc. 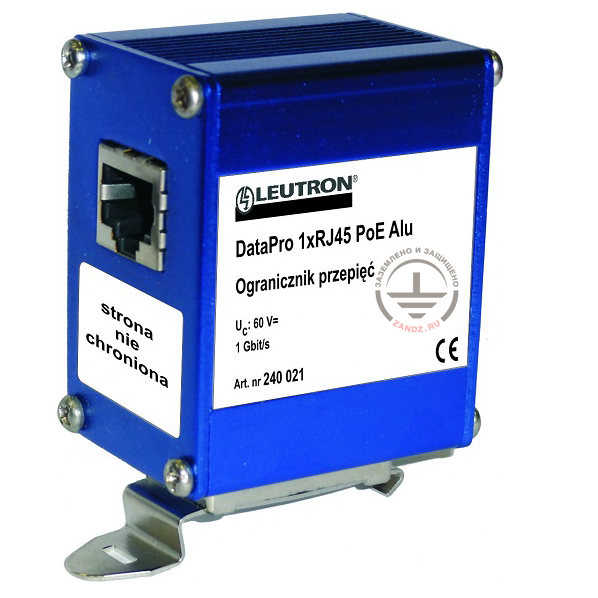 All surge protection devices equipped with RJ45 ports are compatible with Ethernet 10Base-T, 100BASE-T, up to 1000BASE-T standards. Other types of SPDs - Leutron DataPro 10LSA  (PTC), are mounted in cable distribution crosses and is used to protect telephone networks and data networks. 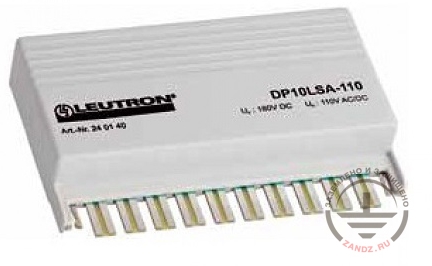 Such SPDs are installed in LSA plinths with normally-closed and un-closed contacts used for connecting and crossover cables. The device is designed to protect 10 pairs of lines, and its working circuit provides a coarse and fine protection against longitudinal and transverse overvoltages (between the pair and adjacent sockets). There are modifications designed for 12 and 24 V voltage, as well as containing additional PTC thermistors. To protect one pair of lines with voltage from 5 to 150 V from overvoltages (including 12 and 24 V), an SPD for low-current networks Leutron DataPro 1LSA are applied. 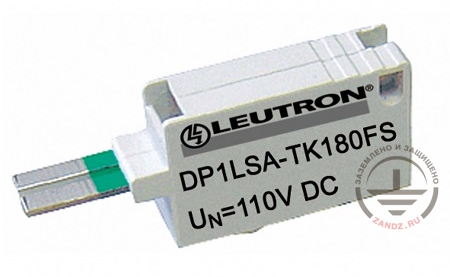 International standards for the use of surge arresters for lightning protection of low-current networks:

Do you need assistance in choosing surge protection devices? Refer to our technical specialists and they will gladly help you!