Solutions on grounding and lightning protection

The current regulatory framework in the field of lightning protection and grounding is given in the Appendix (see below). Based on these documents, let's define what are the requirements for lightning protection systems of a gas station. According to the class of risk from direct lightning strikes (DLS), gas stations refer to the specific objects that represent danger to the environment. Acceptable level of protection against DLS for the given class is in the range from 0.9 to 0.999. It is determined at the design stage and is consistent with the public oversight authorities. If desired, a gas station owner can foresee the level of reliability higher than the maximum permissible in the project. For this class of objects the security level should be 0.99.

According to the IS 153-34.21.122-2003, lightning rod, down conductor and grounding must comply with the requirementd to the material and cross-section:

According to AD 34.21.122-87 all buildings and structures of petrol stations must be protected from direct lightning strikes and of its secondary effects, such as high intensity electromagnetic field generated at the moment of a lightning strike, static electricity and move of high electric potentials on metallic structures of the building, piping, air lines or communication lines.

Lightning protection of gas pumps, containers for storing fuel, ground tanks must be performed by free standing lightning rods or with the use of lightnign rods, installed on the roof of a petrol station in the form of mesh conductors or masts.

Down conductors are placed around the perimeter of a gas station in parallel vertical lines with a minimum distance between them of 10 m and are connected by horizontal bundles near the ground with the distance of 20 m over the entire height of the building. Down conductors are fixed either to the wall of the object to be protected, or are laid directly in it. If the wall material is flammable, the distance between it and the down conductor should be at least 10 cm. Down conductors must be laid along the shortest path, without forming loops and as far away as possible from window and door openings.

According to IS 153-34.21.122-2003, p. 3.2.2.5. any metal structures of a gas station can perform as natural down conductors, in case if they correspond to the requirements imposed to a down conductor, and their thickness exceeds 0.5 mm.

At the gas stations, down conductors are connected with lightning rod and grounding by means of clamps or bolts. To be able to connect measuring equipment, there must be bolt connection on down conductors. All parts of down conductors which are above the ground, except for the contact surfaces are painted in black.

The danger of secondary effects lies in the generation of high voltage on the metal objects and possible arcing. It is particularly dangerous at the gas stations because it can lead to an explosion of tanks, fuel tanks or fire on the gas station itself. Therefore, protection against secondary effects of lightning - is one of the most important issues of a gas station protection, which should be observed at the design stage and includes grounding of all electrical equipment, electronic computers, fuel tanks, petrol stations, oil and gas pipelines. All works on grounding must also be carried out by the licensed companies.

Internal lightning protection of a gas station includes protection of expensive electronic equipment and electric appliances from high voltage due to a lightning strike and its current spreading over unprotected communication lines.

The IS 153-34.21.122-2003 states that all power and communication lines must be terminatied to the building by one bus, and their SPDs must be as close as possible to each other and must provide the lightning current drainage to the grounding system at the boundary of zones 0 and 1. Screening should be implemented at the intersection of two zones. Metal construction of the building, reinforcement of foundation, walls, ceilings and other metal connections can act as a shield. One should also take care of the protection of equipment, which is located outside the building. This may be video cameras, antennas, sensors (temperature, motion, light) etc. In this case, it is reasonable to use shielded connecting cables, run them in metal or plastic ductings. If it is impossible to run a cable in a ducting, use natural shields, such as metal pipes, ladders and others. Protection of communication lines involves choosing of shielded metal cables, and in those places, where possible, use fiber optic cable without metal elements. This cable is the perfect solution, as it is fully protected from the electromagnetic field effects.

Grounding for a gas station

A modern gas station is equipped with a huge number of electronic computers and electric equipment - starting from the operating terminal of a gas station, refrigerators, ovens, microwave ovens, coffee machines and finishing with promotion billboards and gasoline columns with electronic boards to display the prices of the poured volume of fuel. All this equipment needs to be protected against short circuit and voltage breakdown on the equipment body frame. Grounding helps to solve this problem. In a general case, grounding consists of grounding electrodes connected with the each other and with the secured object by copper or steel grounding conductors. On the site ZANDZ.com you can read more about grounding types and ways of their installation.

According to the documents IS 153-34.21.122-2003, p. 3.2.3.2. and AD 153-39.2-080-01, p 9.29, the grounding system should be executed in the form of a ground electrode paved along the perimeter of the building or object at the depth of 0.5-0.7 m and at the distance of not less than 1 m from the foundation. The electrode is laid at a certain depth, considering soil resistivity and its variations in different seasons. Resistance of the grounding device should not exceed 10 ohms.

Task: perform lightning protection and grounding system for the object.

Solution: An object refers to a special class in terms of lightning protection, in accordance with the IS and to the 2 category according to the EIC-7.

According to the EIC-7, p. 1.7.103. The total resistance of spreading of ground electrodes (including natural) of all repeated grounding of the PEN conductor of every overhead line at any time of the year should not exceed 10 ohms at the line voltage of 380 V of a three-phase power supply or 220 V of a single-phase power source.
According to AD 153-39.2-080-01 p.9.29. There should be a common grounding contour at a gas station for electrical equipment, protection from static electricity, direct strikes and and secondary effects of lightning. Spreading resistance of ground electrodes' current should not exceed 10 ohms.

Calculation of resistance of a grounding device:

Resistance of a vertical electrode:

T- deepening - distance from the ground surface to the ground electrode, m;

where t - deepening of the electrode top, m

Resistance of a horizontal electrode:

Impedance of the grounding device:

The design resistance of a grounding device is 2,6 Ohms, which is less than the required impedance of 10 Ohm.

Calculation of protection zone parameters for a double lightning rod:

The minimum height of the zone between the lightning rods:

The width of the horizontal cross-section in the center between the lightning rods at the height of hx:

Protection zones are calculated according to IS p. 3.3.2.2 and are presented graphically in Fig. 1 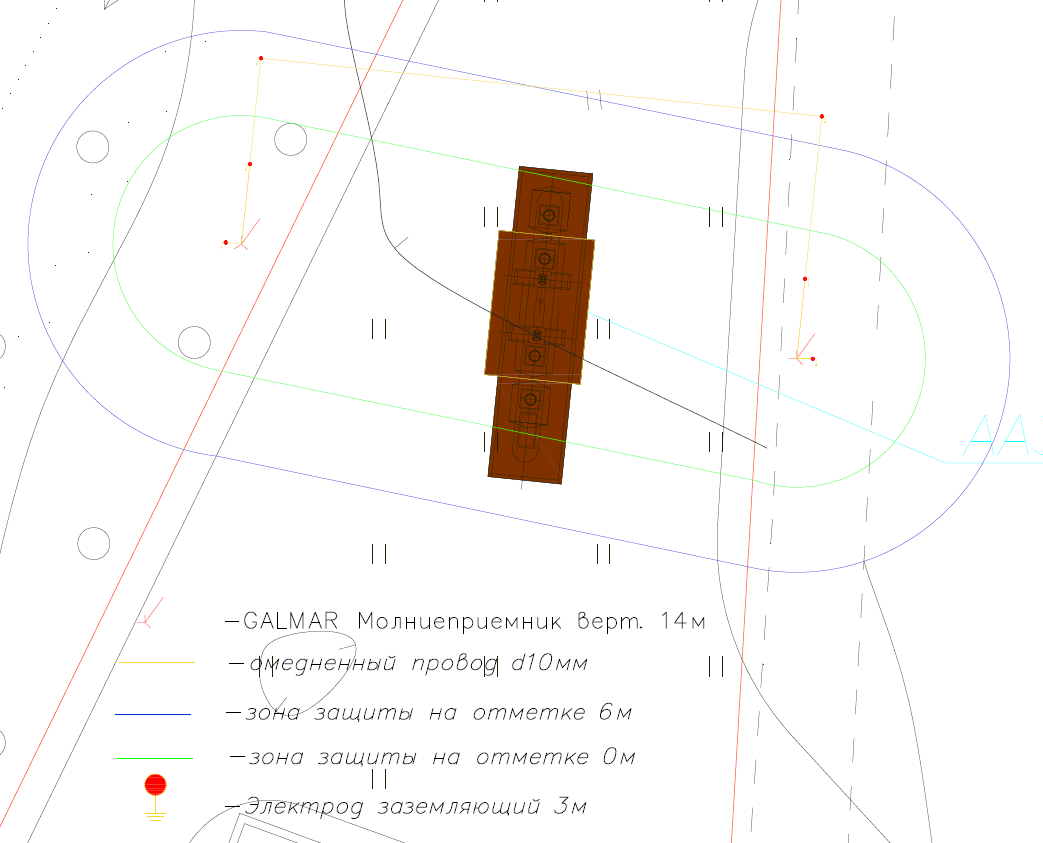 Having dealt with the issues of building lightning protection and grounding at the gas stations and the requirements for them, it is also worth noting the importance of maintaining these systems in good working condition. According to the labour protection rules Р М-021-2002 p.5.3.14, routine and measuring operations must be annually carried out in summer. They include checking of the status of all down conductors, their connections, measuring of resistance of ground electrodes. If the resistance of the grounding contour is 20% greater than the maximum allowable, it is necessary to install additional electrodes. Replacement of down conductors and ground electrodes is performed in case if their cross-sectional area decreased by 25%.

Proper planning of a lightning protection and grounding system of a gas station, as well as its maintenance in working condition, will allow to protect humans, animals and the environment from negative effects of a lightning strike.

Regulatory documents in the field of lightning protection and grounding: 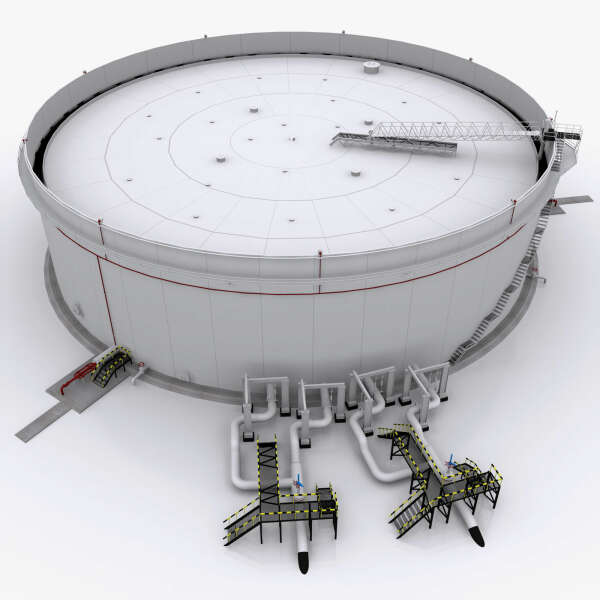 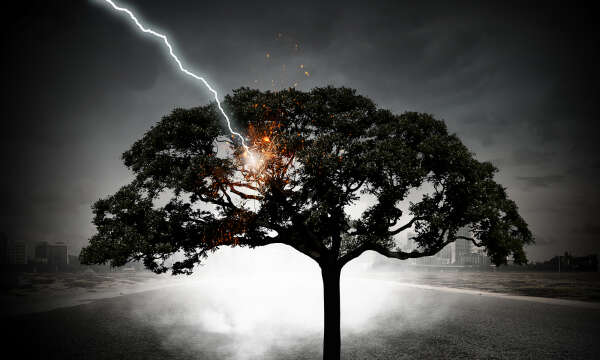