Thinking about lightning protection, you immediately imagine a multi-storey building with a lightning rod installed on the roof. This is logical: the higher the building, the more often it is stricken by high-voltage discharges. But what if the structure is completely underground? Is it necessary to take some kind of lightning protection measures when nothing attracts lightning? Let's try to figure this out. 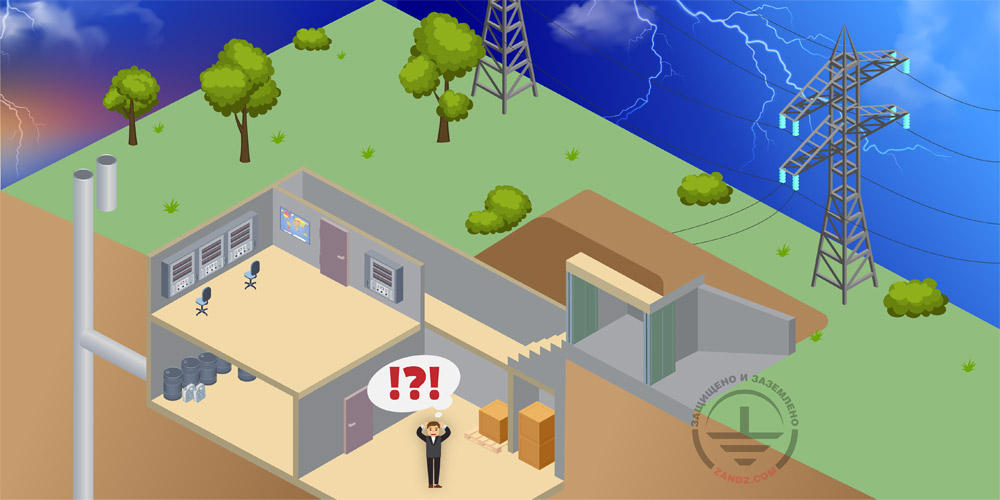 If the structure is underground, then the threat of lightning striking it is “natural”. Any other flat surface is subject to the same probability of a strike under the condition of the same intensity of thunderstorm activity. Shouldn’t the underground bin be equipped with lightning protection equipment? That's not the case.

There are many ways in which lightning current is able to penetrate into the bin. It can be cable power lines or underground utilities: water supply, heating, sewage pipes and gas pipelines. Therefore, equalization of potentials will be the main mean of protection against the dangers of lightning. First of all, it is necessary to organize the basic system of equalization of potentials in accordance with clause 1.7.82 of the Electrical Installation Code. It should include the above communications. 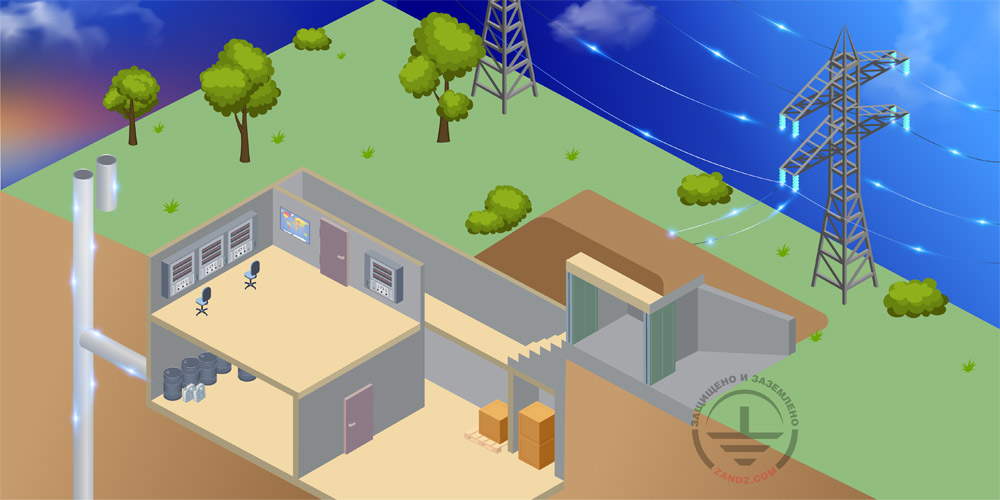 The equipotential bonding system organized in the bin will pursue the following goals:

Equalize the potentials of exposed conductive parts that are simultaneously accessible parts. This reduces the likelihood that people in the bin will be exposed to significant voltage.

If the bin is entirely made of a metal or reinforced concrete structure, then the frame metal itself can be used as grounding. Such a natural grounding system will be sufficient for protective grounding and grounding intended for the operation of electrical equipment. Potential equalization conductors can be connected directly to the metal frame of the bin. Such a combined grounding and equipotential bonding system will work reliably. 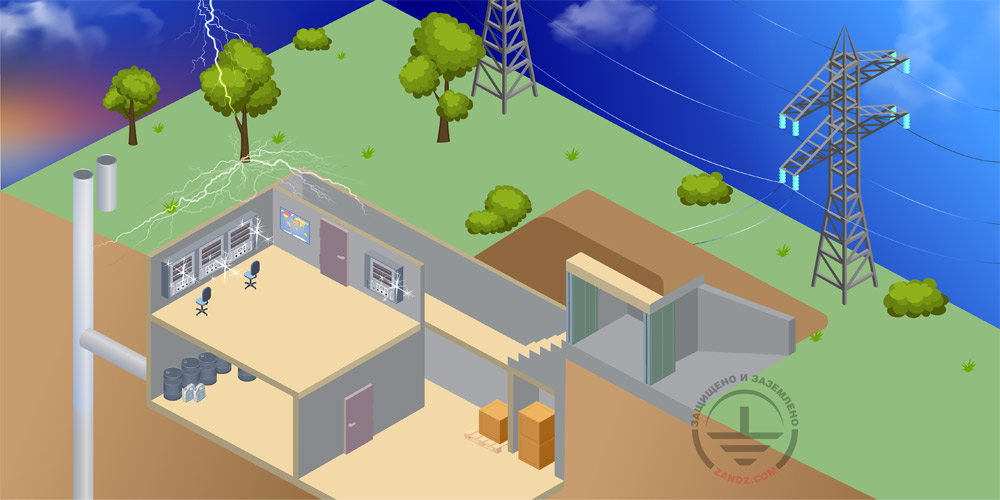 Lightning can still strike the surface of the earth above the bin. The probability of this event is the higher, the more closely growing trees and other tall objects that can be natural lightning rods are. Such objects do not have proper grounding that means that the effect of lightning will be comparable to direct damage. Such a strike will lead to a more serious effect of primary and secondary manifestations of lightning compared to the lightning impulse that came through communications. Current will flow in an unpredictable direction, as a result of which different sections will be under different potentials. Because of this, sparks occur that are very dangerous if explosive and fire hazardous substances are present in the bin.

How to protect yourself from a direct strike

The likelihood of a lightning strike increases if the underground structure occupies a large area. In this case, for protection, it is worth using stand-alone lightning rods, in the protection zone of which the ground surface above the bin will enter. The required height of the lightning rod is selected depending on the territory occupied by the bunker. The larger it is, the higher the lightning rod will be required. To protect a small area, a 10-meter freestanding lightning rod ZZ-201-010 is enough. Large bins can be protected, for example, with 25-meter masts ZZ-201-025. 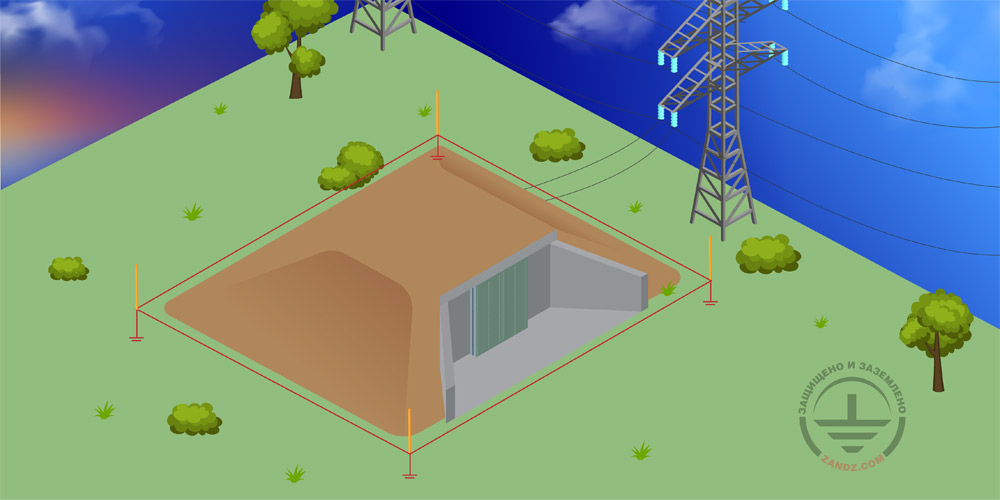 Separate lightning rods sometimes cannot be removed from the communications entered into the bin at the required distance that according to the standard RD 34.21.122-87 should be at least 5 meters. Then, to equalize the potentials, the grounding device of lightning rods should be attached to the metal frame of the structure. Such a solution would be safer than the current flowing along unpredictable paths.

In general, the bin is a structure that is reliably protected from lightning. Its construction and the fact that it is located below the surface of the earth favorably affect both protective grounding and protection against lightning. Only an addition is needed in the form of potential equalization conductors and, possibly, lightning rods and grounding conductors for them.


Related Articles:
6. How to do that?