Can we use a reinforced concrete foundation as a grounding arrangement for lightning protection? 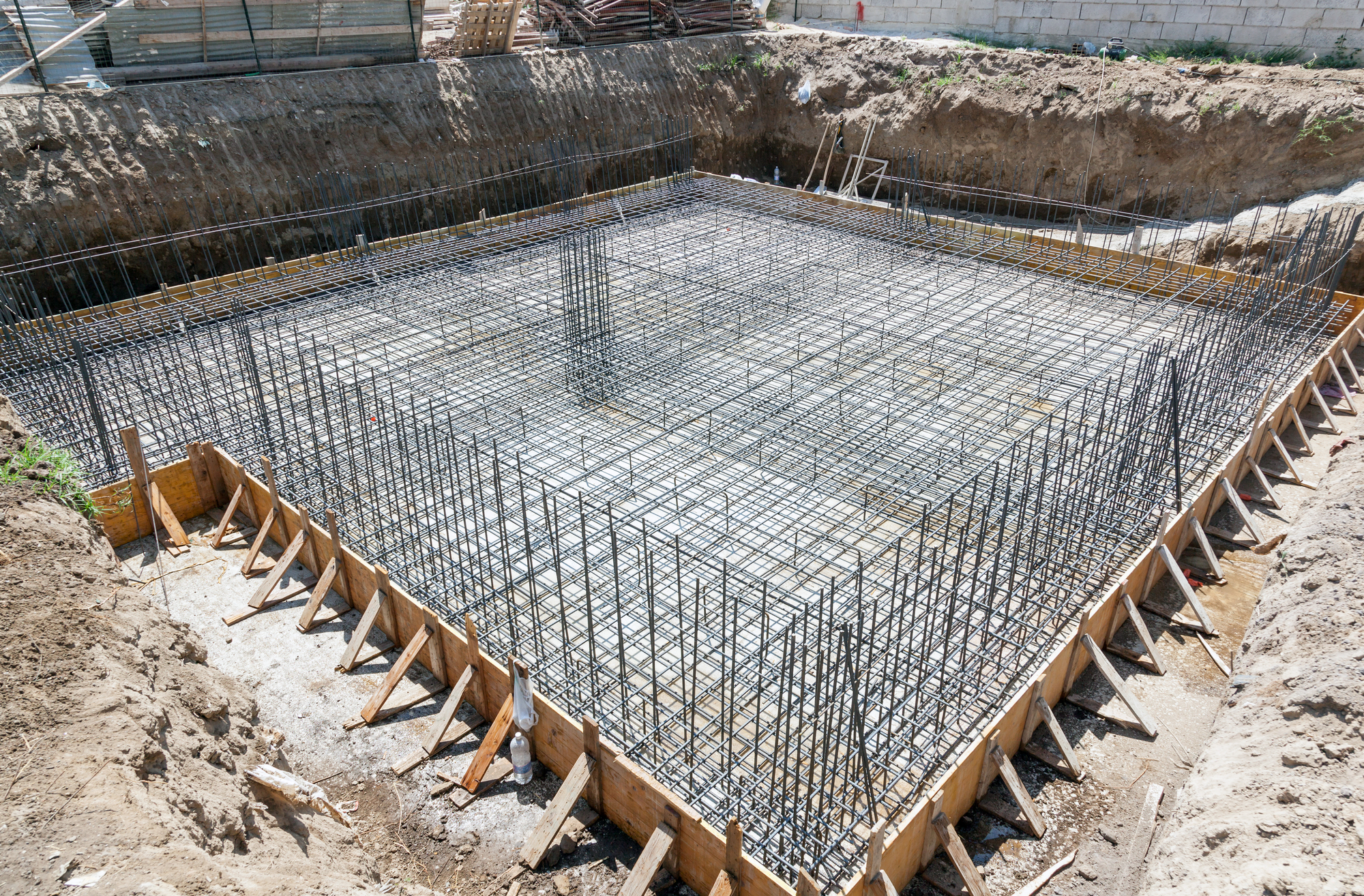 GOST 12.1.030-81 "Electrical Safety. Protective Conductive Earth. Neutral Grounding" is still applicable to the electrical equipment grounding. As applied to the lightning protection systems, much more complex situation exists, since their grounding should pass a large electrical charge within a short period.

A main document regulating the lightning protection system construction is SO 153-34.21.122-2003 Instructions for Lightning Protection of Buildings, Structures, and Industrial Communications. But this document covers using a reinforced concrete foundation as a natural grounding arrangement only briefly. Item 3.2.3.3 states that reinforcement should meet the requirements provided in item 3.2.2.5, i.e. provide electrical continuity of connection between elements. Moreover, for pre-stressed concrete, we should assess the effect of the flowing electrical current in terms of possible mechanical impacts. Other factors (such as concrete grade, soil properties, protective coating of reinforced concrete structures) are not considered in the Instructions, although they are essential to evaluate the use of a foundation as a grounding arrangement. Therefore, in practice, we have to use document RD 34.21.122-87 Instructions for Mounting the Lightning Protection of Buildings and Structures.

According to RD 34.21.122.87, item 1.8, it is recommended to use natural grounding arrangements except for the cases when metal foundation elements have epoxy or polymer coatings to protect them from aggressive soils. Further, it is prohibited to use a foundation for grounding the lighting protection system when the soil humidity is less than 3%. Item 1.8 of Instructions requires the presence of a continuous electrical connection between the reinforced concrete foundation and the current collector along the reinforcement, with the reinforcement connection with the embedded parts made by welding.

Meanwhile, aggressive soils are mostly a natural phenomenon observed even in the most environmentally friendly locations. Thus, a protective coating for the foundation is commonly used. The use of a separate grounding arrangement is often not feasible from both technical and economic aspects. It is a different matter that such foundations should provide the required electrical safety level upon the lightning strike.

Aggressive soils and protection of reinforced concrete against their effects

Currently, the issues of protecting reinforced concrete structures against aggressive effects of soils in Russia are governed by the interstate standard GOST 31384-2008 Structural Concrete and Reinforced Concrete Protection Against Corrosion. General Technical Requirements. According to this GOST, the aggressive action of the soil is determined according to the depth where the concrete is destroyed or loses its protective properties relative to the steel reinforcement for 50 years. Weakly aggressive soil has less than 10 cm, moderately aggressive soil has 10 to 20 cm, and strongly aggressive soils has more than 20 cm.

The primary protection methods include measuring the concrete composition as well as a set of design solutions reducing the corrosion degree. The concrete should be denser and provide more reliable protection for steel reinforcement than usual. Secondary means include application of protective coatings to reinforced concrete structures as well as their treatment with an antiseptic composition if the corrosion is caused by bacteria. 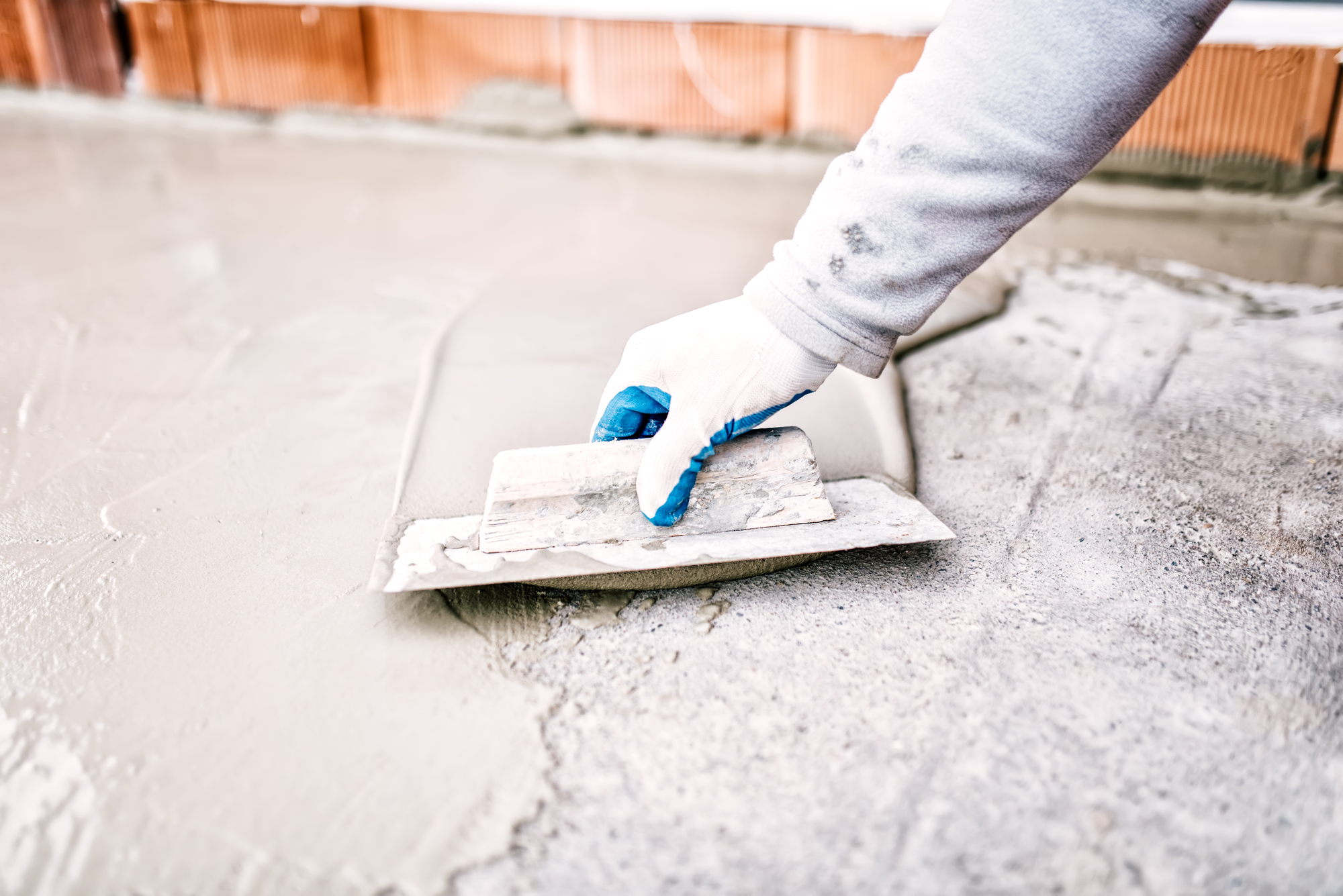 Effects of concrete grade and soil properties on grounding parameters

Electrical resistivity of a water-resistant concrete used for primary protection against aggressive soils is much higher than in a conventional concrete. This is due to a more dense structure containing minimum pores. In a water-resistant concrete, the electrical resistivity may be computed from data on water absorption ratio and water resistance grade. Also, concrete grades are available which are made resistant to aggressive media through introduction of special additives into them. Volumetric resistivity of such concrete grades is calculated through measurements in specific samples.

The possibility to use reinforced concrete foundation as a grounding system for the lightning protection heavily depends on the soil properties. Usually, if the soil is highly aggressive, the use of the foundation as a grounding arrangement is also impossible, since GOST requires complete isolation of the reinforced concrete from the aggressive media.

But we can work rather well with weakly and moderately aggressive soils. However, they imply some restrictions not only because the protection measures increase dissipation resistance. The aggressive soils are usually rich in sulfates and chlorides. As a result of electrolysis, chlorine and sulphur are released, which additionally contribute to the reinforced concrete destruction. Therefore, for weakly and moderately aggressive soils, to assess the foundation's ability to "work" as a grounding arrangement, the density of the current flowing from the reinforcement is taken as a safety criterion (we will describe later where you can take its allowable values from).

In Russia, GOST 12.1.030-81. Electric Safety. Protective Conductive Earth. Neutralling is still effective. It contains the reference appendix Evaluation of a Possibility to Use Reinforced Concrete Foundations of Industrial Buildings as Grounding Arrangements. One would think that it is so great that we have this official regulatory document, but... it takes the dissipation resistance as an acceptability criterion. This criterion can be used in calculating grounding for electrical installations but it is not currently used in lightning protection.

A single reference guide employed for evaluating the foundation's acceptability to be used as a grounding arrangement for the lightning protection in Russia is still Materials for Design and Operational Control "Using Grounding Properties of Building Structures of Industrial Buildings and Structures" issued in 1991 by the All-Russian Research and Design Institute of Electrical Production. The authors of the Materials have calculated the standard indicators by setting a relationship between the current density and the touch voltage rated according to GOST 12.1.038-82 Electric Safety. Maximum Permissible Values of Pickup Voltages and Currents..

It means that parameters of the grounding based on the reinforced concrete foundation are indirectly rated according to GOST 12.1.038-82; there are no other standards for them in Russia until now. The 1991 Materials of the All-Russian Research and Design Institute of Electrical Production establish the relationship between the touch voltage and the soil, concrete, and foundation structure parameters. However, we cannot use them without thinking. Experts should evaluate the suitability of a foundation when it is used for the lightning protection.

Essential works to create evaluation methods for the foundation's suitability as a grounding arrangement have been carried out in Russia in the 80s and the beginning of the 90s. Since then, this scientific area has been developed only in the Russian Railroad Company to solve several tasks aimed at replacing a type of supports of a contact system to another type.

At the same time, since 90s, significant changes in the Russian economy have occurred. The technologies have also advanced. Therefore, the application of the regulatory framework for the foundations used as grounding arrangements requires engagement of skilled experts. Many problems occur when a new building is constructed on an old foundation or an old building is upgraded, or a lightning protection system for the existing building is upgraded. In order to check if the building foundation can be used as a grounding arrangement, please contact the Zandz.com Technical Center. Webinar titled "Conflicts in Regulatory Documents for "Earthing and Lightning Protection". How to Deal with Them Properly?" Page 1