CAN THIS REALLY HAPPEN? 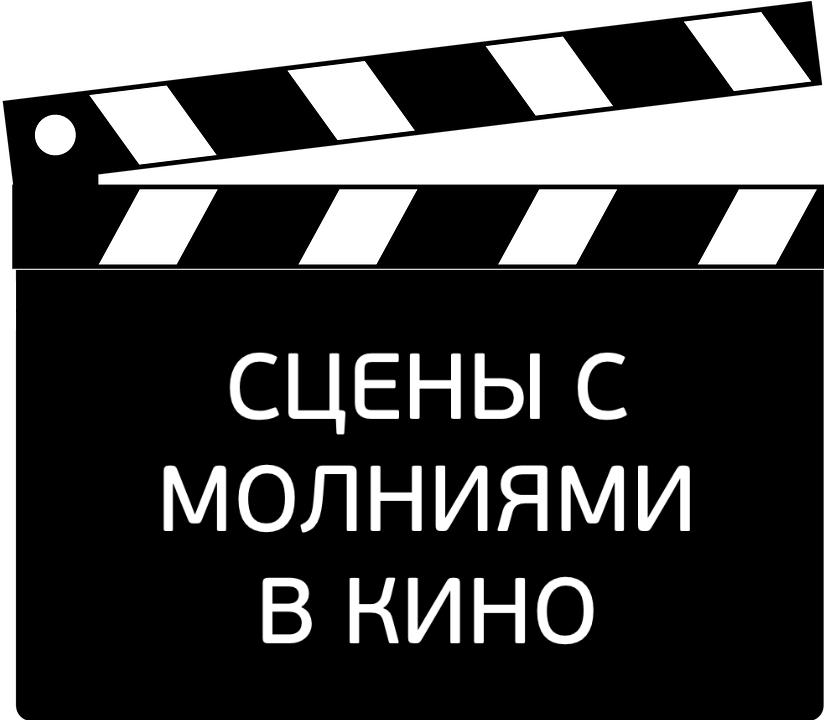 Can this really happen? We understand how real are the scenes involving lightning are even in the most fantastic films, and how they can be explained from the point of view of physics.

We face lightning not only in the real world, but also in the works of cinema. Lightning has become a kind of symbol of power, strength with elements of the supernatural and mysterious.

We understand how real are the scenes involving lightning are even in the most fantastic films, and how they can be explained from the point of view of physics.

Description of the scene: the hammer creates thunderclouds that create lightning bolts. The hammer accepts these lightnings and transfers (distributes) them to other objects.
Question: is it possible for an object to receive lightning and transmit it to a distance to other objects "by air"?
Answer: ability to simultaneously protect the structure with an air terminal and to relay the lightning to a safe place would be invaluable in lightning protection. Such an air terminal would solve many problems associated with the flow of lightning current through an object, such as direct and induced overvoltages.
It is known that Nikola Tesla was able to transmit lightning to a distance. However, this technology is not currently used in lightning protection. There are two options for fighting lightning:

Our verdict: “Thor air terminal” is an extremely useful invention that can be real, but is unlikely to be available in the near future.

2. Flying during a thunderstorm, “The Matrix: Revolution" 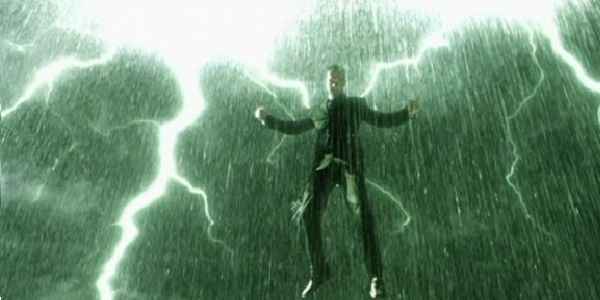 Shot from the film “The Matrix: Revolution”, dir. Lilly and Lana Wachowski, 2003

Description of the scene: Neo and Agent Smith fight over skyscrapers in the sky during a thunderstorm.
Question: Is it dangerous to fly during a thunderstorm?
Answer: flying without lightning rods during a thunderstorm is dangerous. In such conditions, Neo and Agent Smith could easily fall under the lightning bolt.
Our verdict: in order not to become a lightning rod, it is better to fight on the ground, where skyscrapers play this role. It is better to fly in an airplane - it serves as a Faraday cage and protects well from lightning. The mechanism of lightning strikes on an aircraft and its consequences are described in the article by Professor E. M. Bazelyan “Lightning protection of aircraft".

3. Using lightning to generate electricity, “Back to the Future

Shots from the movie “Back to the Future”, dir. Robert Zemeckis, 1985

Description of the scene: in the story, Dr. Emmett Brown and his friend Marty McFly use a lightning bolt to start the “capacitor flow” of a time machine.
Question: is it possible to use lightning to receive and use electricity?
Answer: the idea seems tempting, but the answer “no” was reasoned in detail in the book of Physics of Lightning and Lightning Protection by Eduard Meerovich Bazelyan, chapter 1.7.
Our verdict: read the book and find out the truth!
We also recommend the books “Practical lightning protection issues” and “Electromagnetic compatibility with lightning” by E.M. Bazelyan. Buy books.

4. An arrow is faster than lightning, “The Hunger Games: Catching Fire”

Description of the scene: an electromagnetic shield is covering the terrain. In order to destroy it, the heroes came up with the following solution: during a lightning strike into a tree, you need to release an arrow from a bow attached to this tree. The main character tried to fulfill her plan, but, it seems, did not have enough time before the lightning strike.
Question: can an arrow fly faster than lightning?
Answer: lightning is a microsecond process, so the discharge itself would go into the ground, and the arrow would not have time to transfer the discharge to the dome.
Our verdict: it is impossible to perform any action in a split second before or at the time of a lightning strike.

Description of the scene: Electro moves to a distance almost instantly taking the form of an electric discharge.
Question: is it possible to move objects or people to a distance using an electric discharge?
Answer: as everyone knows, the speed of propagation of electric current is equal to the speed of light. Electrons demonstrate wave-particle duality, i.e. simultaneously exhibit the properties of both waves and the classical particle. Thus, we can call an electromagnetic wave and electric current the movement of objects, but very, very small.
Our verdict: this is not teleportation, but already very fast.

Description of the scene: when the Flash runs, lightning strikes form around him.
Question: why?
Answer: Flash, aka Barry Allen, gained his strength thanks to a lightning strike, after which all the particles of his body began to move at incredible speed. The molecules of the body of Barry Allen collide with each other, as well as with air molecules, initiating the process of impact ionization and generating electric discharges.
Our verdict: it looks real, you just have to force yourself to move very quickly.

Description of the scene: when the hero shouts “Shazam!”, lightning strikes him, and he immediately turns into a superhero.
Question: what makes him turn and emit lightning out of his hands?
Answer: This can only be explained by the fact that the hero acquires the capacities of a giant capacitor. This gives him great power, as well as the ability to give electricity.
Our verdict: it would be great to use this in lightning protection, but in reality we have not heard of such cases.

As we see, many of the scenes listed, even if they are impossible in reality, are quite explainable in terms of physical laws. The “Thor's hammer” turned out to be the most useful, let’s hope that this particular object, of course, modified, will be able to be embodied in the revolutionary system of lightning protection.

What scenes from lightning movies do you know? Tell us about them in our communities in the social networks: Telegram, Facebook, Vkontakte!