Why did a whiskey storage burn out in Kentucky? 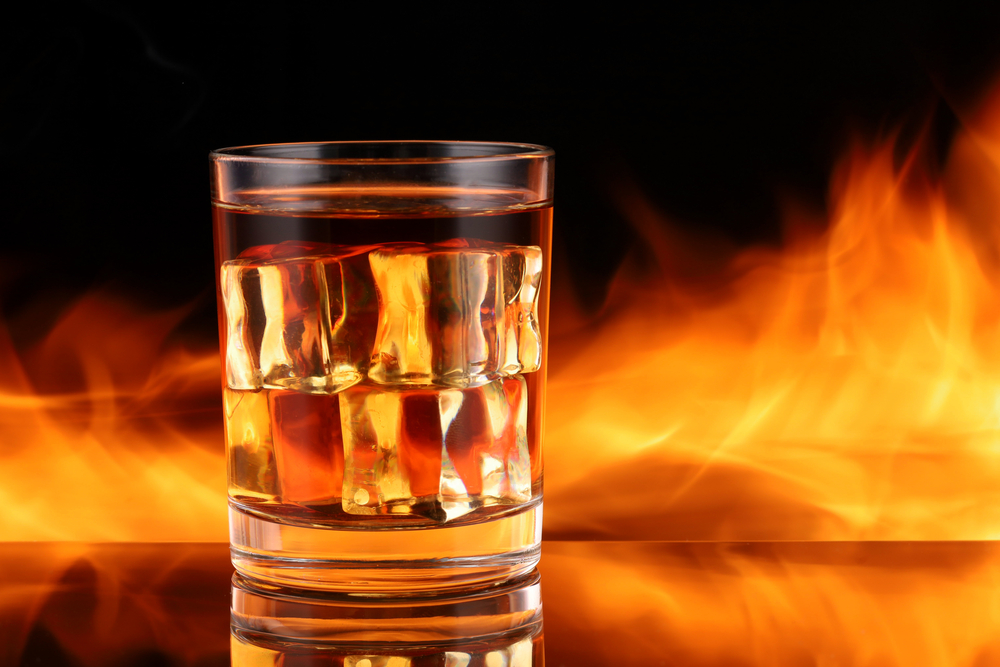 Annually, lightnings cause hundreds of fires throughout the world. Some of them occur in significant facilities, which may impair functions of the entire industry upon their loss, and the fire consequences may endanger environment.

One of the recent examples is a lightning strike to the warehouse occurred at the whiskey plant in Kentucky on July 3, 2019. It led to fire distribution and complete destruction of the building storing 45,000 barrels of finished products. The whiskey leaking from the damaged barrels got into the rivers located nearby which led to reducing oxygen in water and, hence, death of large amounts of fish.

It is definitely known that fire was caused by a lightning. However, a question arises: why could not the lightning protection system, if any, cope with the storm discharge?

Was a fire caused by an error in lightning protection?

Before starting the investigation, let's make up a plan consisting of three items. By following it, we can understand whether a reason of the disaster lies in the designer's or builder's work, or it is probably an accident.

First, we should figure out whether the plant was protected from the lightning at all. This fact will immediately give an answer to all questions because the facility not equipped with the lightning protection has the highest risk of fire in case of lightning strike.

Analysis of lightning protection system at the whiskey plant in Kentucky

Let's find out, by using all available information, how the lightning protection system was implemented in the whiskey plant.

Based on maps and Internet images, burnt-out whiskey warehouse in Kentucky was not equipped with the lightning protection system. In the best case, a grid was laid above the roof, but we do not know this for sure. We cannot see lightning rods in the nearest warehouses, and it means that the burnt warehouse was not protected against direct lightning strikes, either. Most likely, a metal roof was planned to be used as a lightning arrester.

The roof can take lightning strikes, but a series of requirements should be met: to metal thickness, interface and metal part contact in-between, reliability of further ways of lightning current draining to the ground. The requirements to natural components are provided in item 5.2.5 and in Appendix E to international regulatory document IEC 62305-3. In case of failure to fulfil these requirements, it is rational to think that the facility will remain unprotected, and the lightning strike into any point of the facility may lead to fire.

Note that, with such lightning protection method, a random factor is eliminated (version 3 in our investigation) as the building was not protected by lightning rods; thus, we cannot talk about the probability of the lightning break through the lightning arrester system.

Most probably, the whiskey warehouse was old. The owners operated it for a long time and decided to leave it "as is", not paying suitable attention to the lightning protection. Due to this, 2 suggestions are the most probable:

Suggestion 1. The whiskey warehouse was not protected against lightning 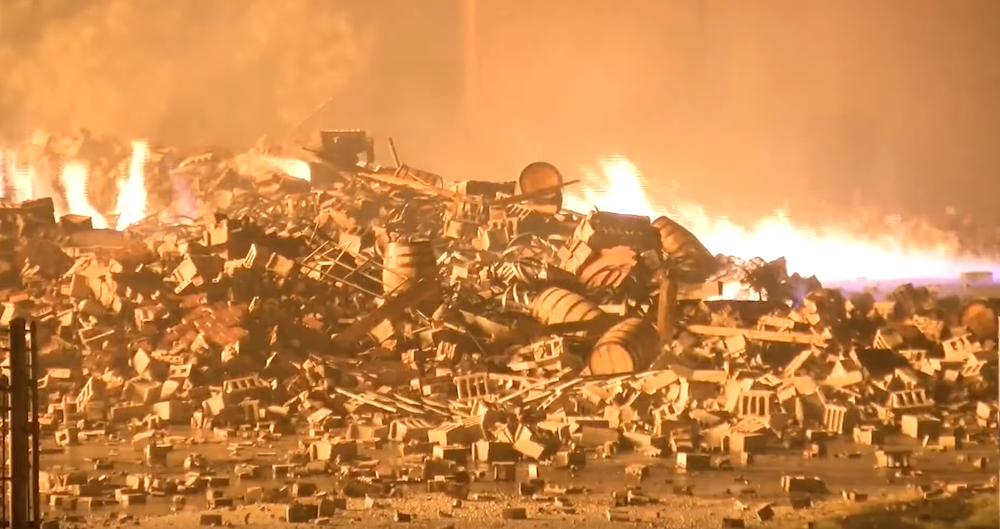 If this is true, then the fault lies with the owners of the building, and all damage will be incurred by them; fortunately, the warehouse was insured

We cannot say that today, the absence of lightning protection is rare. Many owners save on materials, while others prefer buying an insurance rather than providing an expensive lightning protection system. We can sharply criticize this approach because the fire caused by lightning strikes leads to the material damage and may also lead to human and other losses.

It doesn't matter what status a building has: whether it is a cultural heritage or a historical value, its operation without lightning protection should not be possible for its intended use or as a museum. This is especially true for the buildings containing flammable or extremely flammable substances. Their combustion leads to the fires of increased categories, and they often move to adjacent buildings and harm the environment if flammable and toxic substances leak into water bodies or soil.

Suggestion 2. Natural elements did not provide an adequate protection

It is also likely that there was an error of engineers and designers who have not paid sufficient attention to examination and upgrade of the building so that it would meet the lightning protection requirements. The age of the building is a reason for this suggestion. Lightning protection could hardly receive much attention during its construction. Over time, when strict standards appeared, this could be repaired.

The engineers do not really like working with old-time buildings, and they try to prove that structural systems function properly, although they use obsolete standards. There is a point in it. Often, upgrade of a building's system, especially if it is not in its best condition, is so expensive that it is easier to build a new one. The way out of this situation may include the installation of the lightning protection system above the building: lightning rods are installed, current collectors are laid along the roof and wall surfaces, an artificial grounding arrangement is laid.

But what can we do when natural components of the old building are still used for lightning protection? Over time, metal deteriorates, contact joints are impaired, reinforced concrete foundation is damaged, and these changes become too obvious. However, to record them, you have to regularly examine the facility and provide recommendations to refurbish its elements. If it becomes impossible, then it is better to use lightning rods as described above.

If worst comes to worst, it is better to issue an order for complete prohibition to operate the building until lightning protection errors are eliminated than suffer the consequences of its loss.

The conclusion from this article will be distressing. No matter how hard fire safety, environmental control and expert review bodies try, many buildings are operated without the lightning protection system or are even designed without it at all. It cannot be solved by either strict fines or sudden inspections or checks.

All parts of design and construction chain should be interested in safe operation of the building. In this case, we can securely say that the building can meet the lightning strike without any serious consequences. There should be no space for negligence and savings in such an important system as lightning protection.

Do you want our help in calculating lightning protection for any building for 1-2 days? If yes, send a request to info@zandz.com or use a form at the website.