How Does A Lightning Orient and Can We Control This? 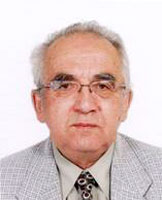 What is this article for?

As it is known, articles are written for journals, and since recently, also for Internet. Journals and websites can be different. Some of them are used for advertising and they are not responsible for their contents as they only sell space for the material, while others are interested in application of published materials and wish to attract designers as their readers. There are also purely scientific journals. They publish results of experimental research; consider theories, sometimes having hypothetical or even polemical nature. New research are not definite. Here, it is important to distinguish the rational hypothesis, which is not so evident yet, from fictional dilettantish ideas contradicting the fundamental laws. The editorial board consisting of recognized world-class experts works to select articles in these journals, and two or three specially assigned scientists well known for their research in the area make a review of each article.

In the review for my recent article on controlling lightning, one of the reviewers advised me to create a practical work, which would allow assessing methodological advancements in practical lightning protection. Recent ZANDZ webinar that was held as a discussion urged me to agree with this.

Lightning as a control subject

The electrical nature of the lightning has been known since the times of Franklin and Lomonosov. Today, we have got proven (although limited) lightning current recordings. It is formed upon contact between the lightning channel and the ground or an on-ground structure, such as a lightning arrester. It is known from the operating experience that the current value is weakly dependent on the grounding resistance in the contact point. It means that the neutralization rate for the discharge flowing from the lightning channel to the ground is determined not so much by the grounding resistance as by fairly large channel impedance (this parameter is like a long line impedance defined by linear values of its inductance and capacitance

For the lightning, the impedance is within 500–1,000 Ohm, while its current IM varies significantly for discharges, from about 3 to 200 kA. t means that the lightning channel delivers voltage U ≈ ZIM within 1.5 to 200 MV to the ground. For the average lightning with the current 30 kA, the voltage is close to 15 MV.

It is worth considering what this voltage can do. Today, this task is available not only for theoretical estimates but also (though partially) for direct measurements. To break through a one meter gap having sharply inhomogeneous distribution of electrical field (between the rod electrode and the plane), we need almost at least 0.5 MV. The photo shown in Fig. 1 was obtained in the gap 10 m long with the voltage slightly above 2 MV. The next photo (Fig. 2) that has been repeatedly published in different sources was obtained by the SibNIIE specialists using the channel length of nearly 150 m, and it required 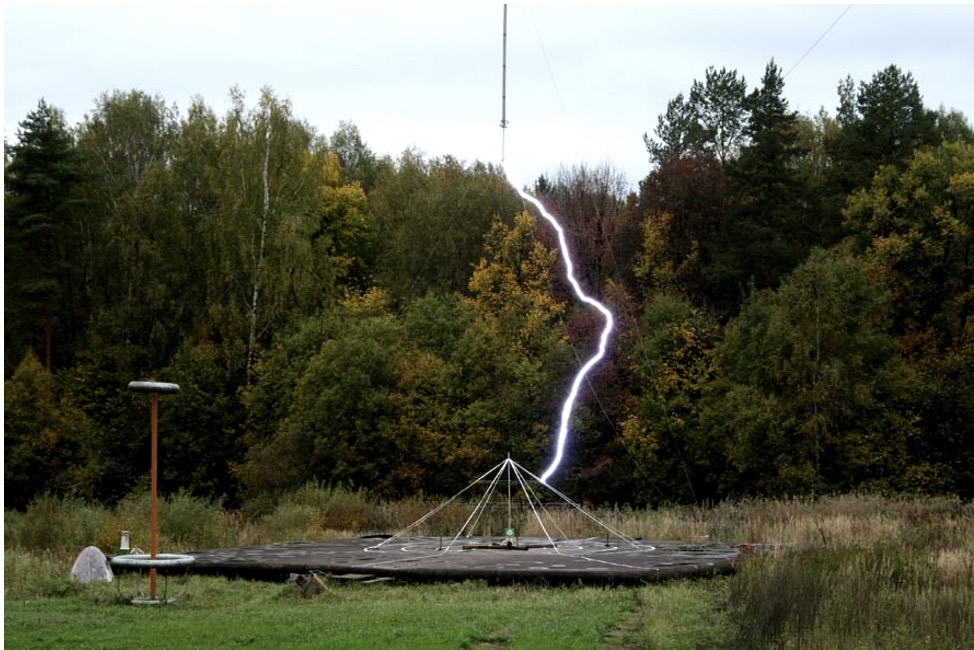 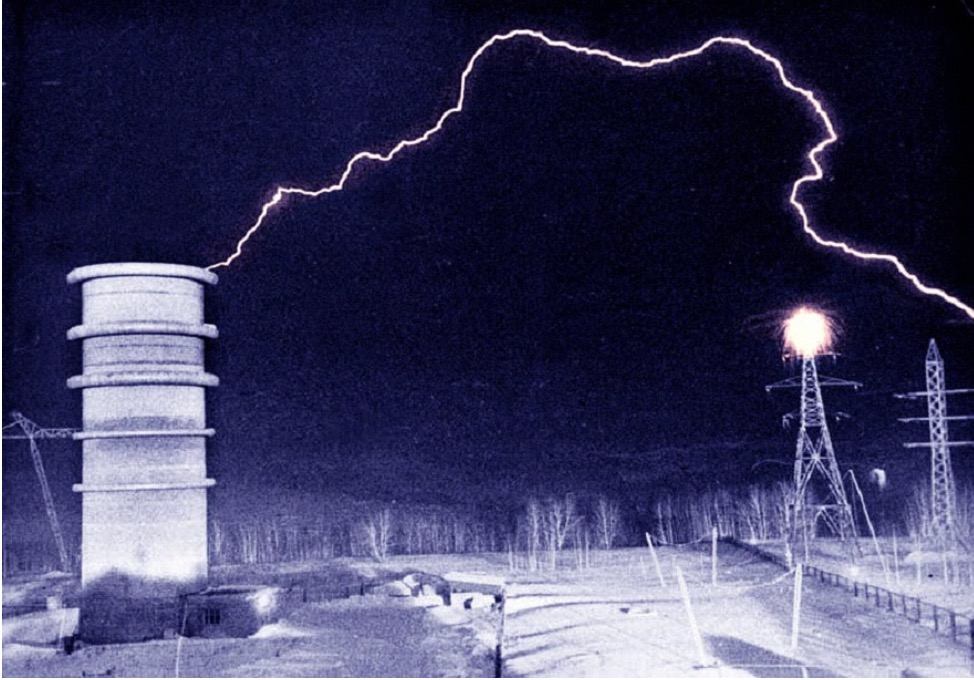 about 5 MV. Non-linear dependence of electrical strength of the air is evident in the gap with a sharply inhomogeneous electrical field vs. its length. Its analytical representation is shown in Fig. 3 with experimental points plotted in a theoretical curve. 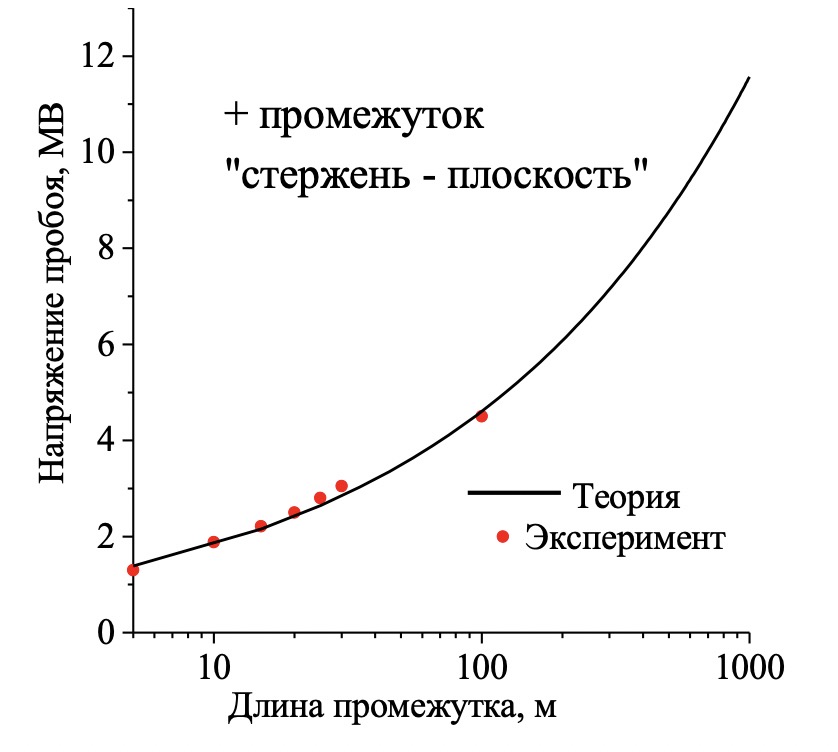 A sufficiently well justified estimation shows that the voltage level 15 MV is enough to cover the air gap of 1 km. On the contrary, the weakest lightnings carry the voltage that is by an order of magnitude lower, which cannot break through even a gap of 10 meters. The difference is very significant. 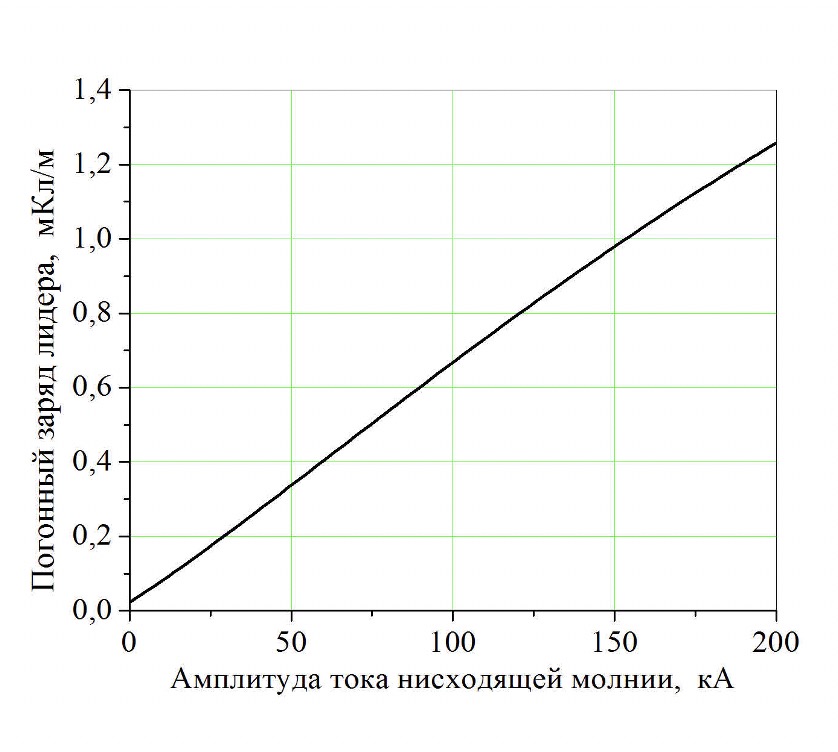 To achieve the purpose of this work, it is important that different lightnings carry different electrical charges, which enhance electrical fields near the structural top of the ground surface to various degrees. For weak lightnings, the linear charge is close to 50 mcC and only differs slightly from the charge measured in the laboratory for the long spark, while for the strongest lightnings, it exceeds 1 mC (Fig. 4).

The linear lightning channel charge ⎮ determines rapid growth of electrical field near the ground surface. Immediately under the channel started from height H and lowered to level hM the field increment is

where епепеп s dielectric vacuum permeability. In practically significant conditions, when hM <<H, the formula is simplified in the following way:

thus demonstrating that the electrical field of the atmosphere initiating the orientation process is proportional to the linear charge that carries the channel of the downward lightning to the ground and back, proportional to its head height.

The linear charge effect is very significant. Based on calculation data provided in Fig. 4, it follows that the sought height hM for the weakest lightning is approximately 5 times lower than for the average lightning (carrying current 30 kA), while for a very strong lightning, the difference is 25-fold!