Lightning protection of overhead lines up to 1000 V

The overhead transmission line (VL) with voltage up to 1000 V is the most widespread and most vulnerable element of the distribution energy system, especially in rural areas, as well as among small towns and suburban areas of megacities. If you carefully study the statistics of accidents in power systems, you can see the fact that the cause of 75-80% of emergency outages of power lines in spring and summer are thunderstorms. 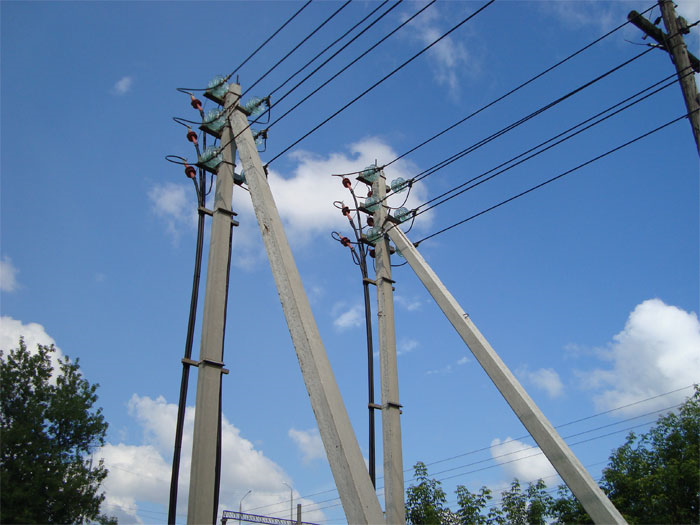 Coming from "Electric Installation Code" (EIC, edition 6), the term "VL" refers to an air line made using uninsulated wires. Proceeding from the written in EIC (edition 7), the transmission line can be executed both with the use of insulated and non-insulated wires. 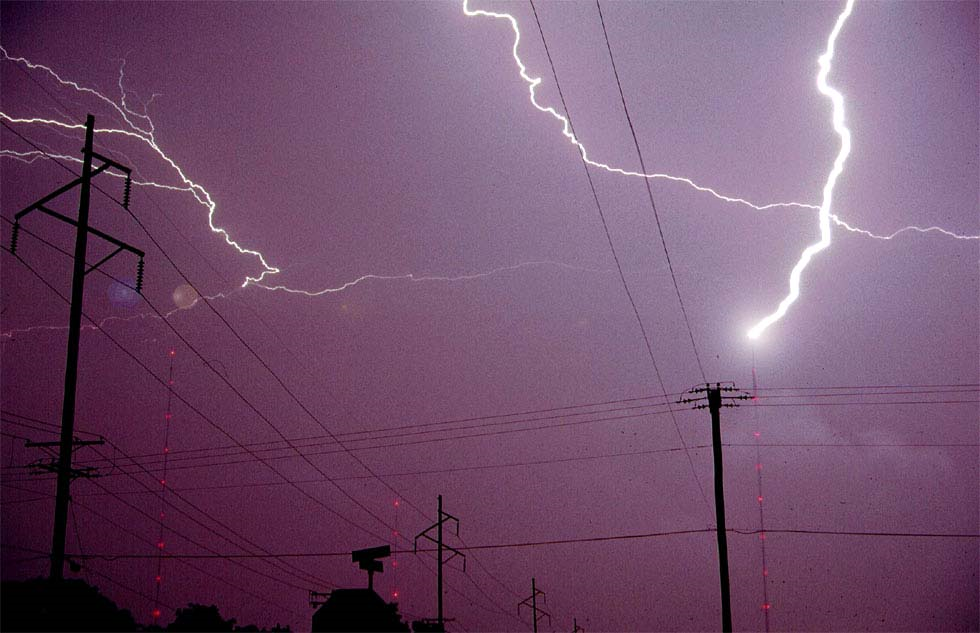 When using insulated wires in the construction of power lines, the risks associated with the short circuits due to crosses and the electrical contact of wires with trees are completely excluded; The risks of ground faults due to falling of the wires to the ground are reduced. The use of insulated overhead lines significantly reduces the area of ​​the contour for the electromagnetic surge induced by the lightning overvoltage, which brings the safety of such lines closer to the safety of the underground cable. It is also necessary to note electrical safety during working on the line, since the probability of electric shock is significantly reduced. In addition, the use of insulated wires significantly reduces the impact of discharges and reduces the likelihood of arc closures.

What processes occur in a power line with uninsulated wires, if they were hit by a direct lightning strike? First you can see discharges of the "phase-to-ground" type that arise between the wire itself and the support beam, then under the influence of the electromagnetic forces of the arc itself, these discharges move along the lines themselves. Burnout of uninsulated wires does not occur due to the displacement of the ends of the arc along the lines.

When a physical phenomenon such as a short circuit occurs on the insulated overhead line, the processes accompanying it occur in a completely different way: the ignition of the arc is observed only between each individual conductor and the construction that holds the wires on the support. The insulation layer is a natural obstacle in the path of a freely moving arc, and the arc therefore only burns at a particular point, whereupon the wire is burned. 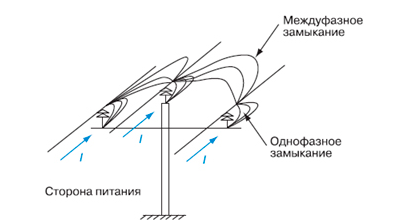 Short circuits on the overhead line cause the automation response and lead to the line shutdown. There are other threats - overvltages spreading over the line. To protect against them, surge arresters and surge protection devices (SPDs) are used.

Measures for the application of external lightning protection of overhead lines

The following objects of overhead lines protected (voltage up to 1000 V) can be considered:

In order to reduce the amount of lightning overvoltage brought in and protect the submains to the inputs to the structures, it is required to install an SPD. In this case, the following happens: lightning currents are diverted, as a rule, through a grounded descent, it is mounted on a power line support in the grounding device. A PEN conductor is connected to the grounding device, as well as hooks of phase and other wires that can be suspended on the power line supports and reinforcement of reinforced concrete overhead lines.

You must also comply with the requirements to grounding. Not more than 30 Ohm - this should be the resistance of a grounding device, according to the instructions of regulatory documents.

In order to calculate the correct distance between supports with the grounding device, you need to know the average statistical data on thunderstorm activity in a particular region. If the average time of thunderstorms lasted up to 40 hours inclusively (region 1) for a whole year, then the value of 200 m is taken. But for an average duration of storm events of more than 40 hours per year (region 2), a value of 100 m is applied. Additional equipment for the grounding device is used for the following objects: - on power line supports with branches to buildings where large masses of people are likely (hospitals, cultural and sports facilities, educational institutions, etc.) or for objects with great material value. Additional equipment of the grounding device is used on the end supports of power lines with branches. Here, the distance to the nearest grounding device is taken into account. For Region 1, this figure is not more than 100 m, and for Region 2 it should not be more than 50 m. Low-voltage valve arresters or spark gaps are also used as additional protection measures on the inputs in structures or on the end supports of power lines. 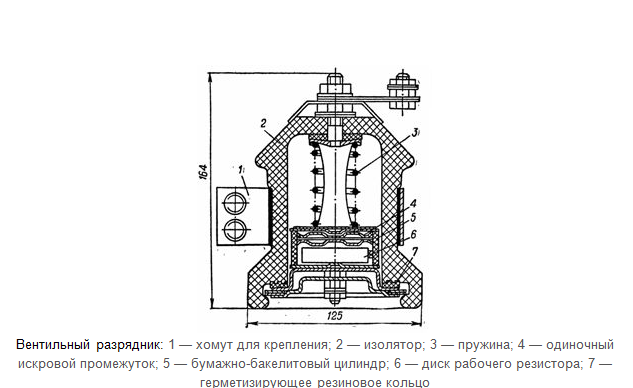 Let's consider in practice how internal lightning protection of the transmission line is designed. SPD is used as such equipment, equipotential bonding systems, or equalization of potentials (if necessary) and grounding devices. 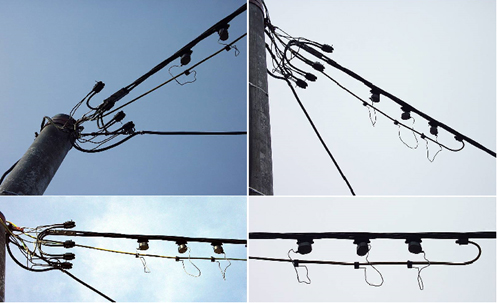 There is a classification of SPDs by categories, depending on the test procedure and installation:

SPD type 1 is installed with an air entry into the building. If an external lightning protection system is installed, then surge protection devices in this version can be used to divert a significant part of direct current of the line.

The induced current pulses also have negative effects on the system, to prevent them, a second type of surge protection device is used. These devices are mounted after the first type of SPD or at the input to the structure.

The assignment of the third type of SPD is to protect important electrical equipment, such as medical devices, data processing systems etc. The third type of surge protection devices is usually located not more than 5 m by cable from devices that are to be protected. The third type of SPD in practice is mounted in the form of concealed installation, for example, the devices can be located directly behind the outlet or in the bodyframe of the device. The purpose of the delay line is to optimally distribute the pulse power between all levels of the protective system. In practice, a choke (15 μH inductance) is used. In the absence of a choke, you can take a piece of cable (15 m and longer), with the same inductance.

Initially, the first-level SPD works, most of the pulse energy goes to it. Then the SPD (class 2) already reduces the voltage to the value that is recognized as safe.

When designing, installing, operating and repairing overhead lines with voltages up to 1000 V, the following documents should be used:

When selecting normative documents, the priority should be given to GOSTs of the Russian Federation (or international standards if they are in the rank of direct application), then to authorizing materials (AD), departmental instructions and guidelines, which are usually of a reference or recommendation nature, expanding and supplementing the standards applied to specific conditions of the industry.

Designing, installation, operation and repair of overhead lines should be entrusted only to specialized organizations that have the appropriate licenses (special permits) or private individuals (individual entrepreneurs) who have the appropriate certificates (diplomas) with the right of admission to work with the relevant electrical installations.