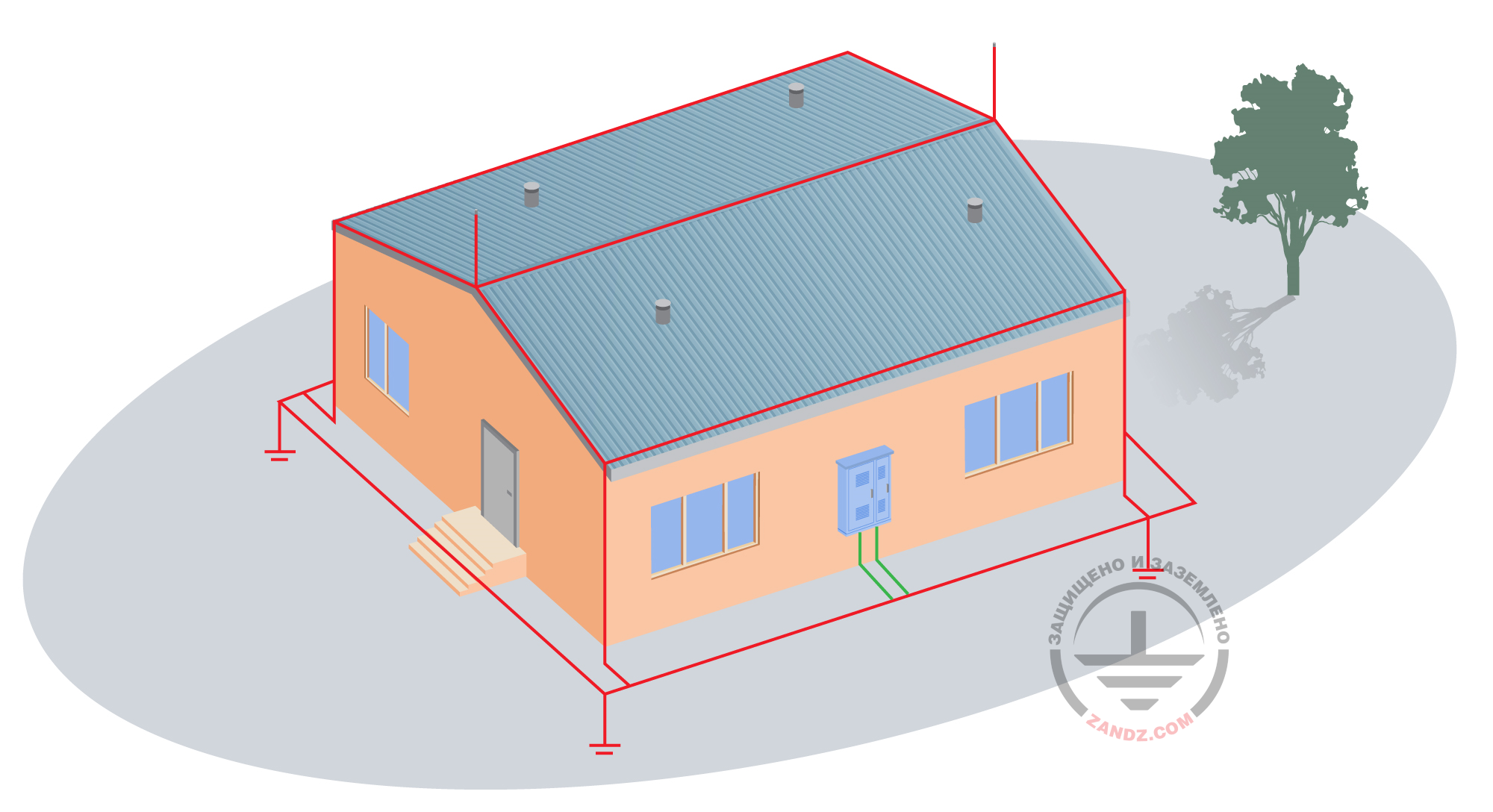 Modern office, and now residential buildings contain many utility systems. It is difficult to imagine the absence of ventilation systems, fire extinguishing systems, video surveillance, access control, etc. Naturally, the designers of such systems have concerns that, as a result of lightning, “delicate” electronics will fail. At the same time, engineers have some doubts about the appropriateness of connecting the loops of two types of grounding and there is a desire “to design electrically unconnected grounding “according to the law”. Is such an approach possible and will it actually increase the safety of electronic devices?

Why do grounding loops have to be interconnected?

When lightning strikes a lightning conductor, a short electrical impulse with a voltage of up to hundreds of kilovolts arises in the latter. With such a high voltage, breakdown of the gap between the lightning rod and the metal structures of the house, including electrical cables, can occur. The consequence of this will be the emergence of uncontrolled currents that can lead to fires, electronic breakdowns and even destruction of infrastructure elements (for example, plastic water pipes). Experienced electricians say: "Give lightning a way, otherwise it will find it itself." This is why electrical grounding interconnection is mandatory. 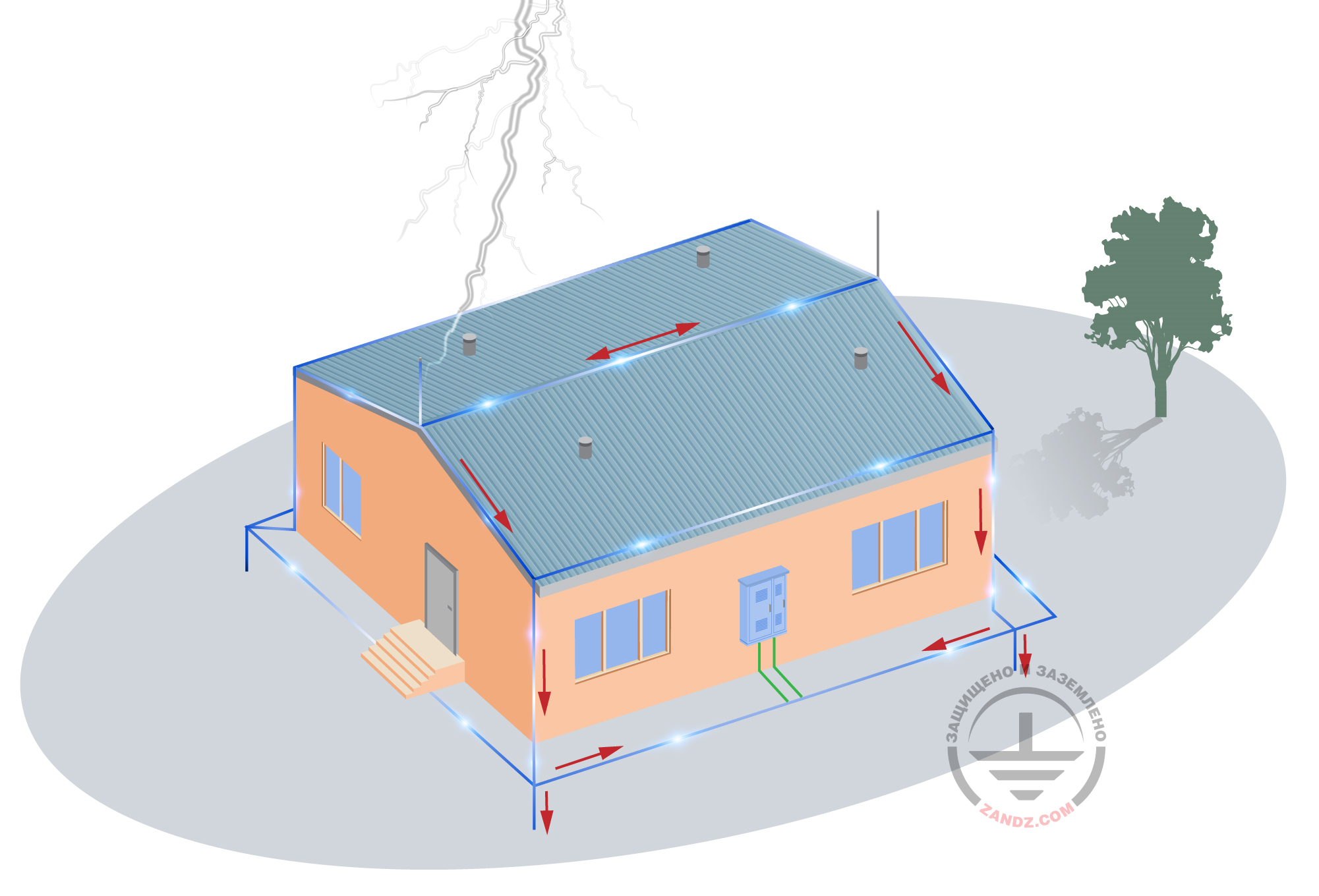 For the same reason, the electrical installation code recommends electrically combining not only the grounding located in the same building, but also the grounding of geographically close objects. This concept refers to objects whose grounding is so close that there is no zone of zero potential between them. The combination of several groundings into one is carried out, according to the norms of the electrical installation code of 7th issue, clause 1.7.55, by connecting grounding conductors with electrical conductors in at least two points. Moreover, the conductors can be both natural (for example, metal elements of the building structure), and artificial (wires, rigid buses, etc.).

One common or separate grounding devices?

Different requirements are set for grounding conductors for electrical installations and lightning protection, and this circumstance can become the source of some problems. A grounding switch for lightning protection must take a large electric charge to the ground in a short time. At the same time, according to the “Lightning Protection Instructions RD 34.21.122-87”, the design of the ground electrode system is normative. For a lightning conductor, according to this instruction, at least two vertical, or horizontal beam grounding conductors are required, with the exception of category 1 lightning protection, when there are three rods. That is why the most common grounding option for a lightning conductor is two or three rods about 3 m long, each connected by a metal strip buried at least 50 cm into the ground. Using parts manufactured by ZANDZ, such an earthing switch is durable and easy to install.

Grounding for electrical installations is a completely different matter. In the usual case, it should not exceed 30 Ohms, and for a number of applications described in departmental instructions, for example, for cellular communications equipment - 4 Ohms or even less. Such grounding switches are rods longer than 10 m or even metal plates placed to a great depth (up to 40 m), where even in winter there is no freezing of the soil. To create such a lightning conductor with a burial of two or more elements by tens of meters is too expensive.

If the soil parameters and the requirements for resistance allow a unified grounding in the building for lightning protection and grounding of electrical installations, there are no obstacles to doing it. In other cases, you make various ground loops for lightning rods and electrical installations, but be sure to connect them electrically, preferably in the ground. An exception is the use of some special equipment that is particularly sensitive to interference. For example, sound recording equipment. Such equipment requires a separate, so-called, technological grounding device that is directly indicated in the instructions. In this case, a separate grounding device is made that is connected to the building potential equalization system through the main grounding bus. And, if such a connection is not provided for by the instruction manual for the equipment, then special measures are applied to exclude the simultaneous contact of people with the specified equipment and metal parts of the building.

In order to ensure the safe operation of the entire system, it is very important to use the most reliable connection between the grounding and the main grounding bus that will not be destroyed by lightning. To do this, you must comply with the rules of the electrical installation code and GOST R 50571.5.54-2013 “Low-voltage electrical installations. Part 5-54. Grounding devices, protective conductors and protective conductors for potential equalization” with respect to the cross-section of the wires of the equipotential bonding system and their interconnection.

However, even a high-quality equipotential bonding system cannot guarantee the absence of voltage surges in the network when lightning strikes a building. Therefore, along with well-designed ground loops, surge protection devices (SPDs) will save you from problems. Such protection is multi-stage and selective. That is, an SPD kit must be installed on the object, the selection of elements of which is a difficult task even for an experienced specialist. Fortunately, ready-made SPD kits are available for typical applications.

The recommendation of the electrical installation code on the electrical connection of all ground loops in a building is justified and, if properly implemented, not only does not create a danger to complex electronic equipment, but, on the contrary, protects it. In the event that the equipment is sensitive to interference from lightning and requires its own separate earthing, it is possible to install a separate process ground in accordance with the manual attached to the equipment. The equipotential bonding system, combining separate grounding loops, should provide a reliable electrical connection and in many respects determines the general level of electrical safety at the facility, therefore special attention should be paid to it. 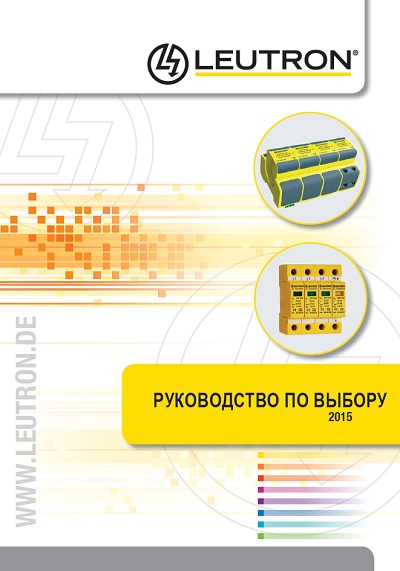