Possibilities of provoking hypothetical points of a lightning strike

It is far from easy to determine the places where the lightning strikes, but it is possible. First you need to deal with the corona. Many of us are familiar with this kind of electrical discharges. The strange gleaming glow of the surface, which was observed before the storm, was of interest to people since ancient times. Thunderstorm conditions contributed to the accumulation of charge on various objects of our environment. The glow, accompanied by a slight crackle, could occur during rain, fog or wet snow. The phenomenon was given the name of the lights of St. Elm.

It is especially noticeable in the twilight at sea. Flickering tops of ship masts could be seen by almost every coastal resident. Also high-voltage power lines, urban buildings, towers and towers with antennas, trees, shrubs and even grass can shine. Each corona discharge is characterized by its charge current, which depends on the altitude, but its magnitude is very small and the difference is almost imperceptible. Often, the corona cannot be seen with the naked eye, but it is audible, since the phenomenon causes quite noticeable interference in the mid-wave radio range. 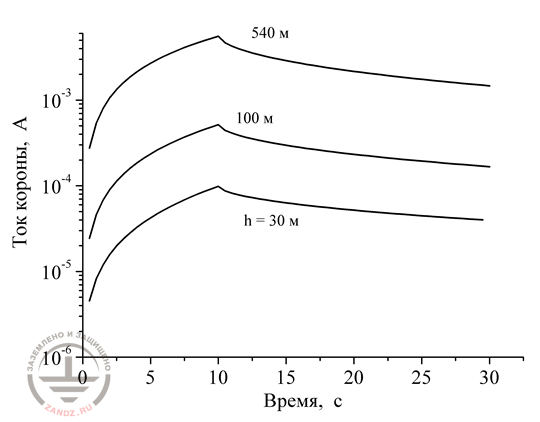 Figure 1. Dependence of the coronary charge on the height of the electrodes. Growth of the intensity of a thunderstorm cloud to 20 kV/m in 10 s*

The highest value of the corona current was recorded at the peak of the Ostankino television relay at 540 meters from the surface. Therefore, lightning protection of high-rise buildings is especially important and necessary. There is a linear dependence of the magnitude of the current on the changes in the atmospheric field of tension (E0), capable of very rapid recovery in the inter-discharge lightning period. The process speed can reach 20 kV / m in 10 seconds.

Features of the corona existence

The value of the corona current itself is very small and is equal to only a few milliamperes, but the preliminary grounding of any structure contributes to the accumulation of a space charge near its top. The charge helps to equalize the values ​​of the electric field in the region of the electrode being located. The field strength of the corona object significantly exceeds the parameters of similar objects without a corona. 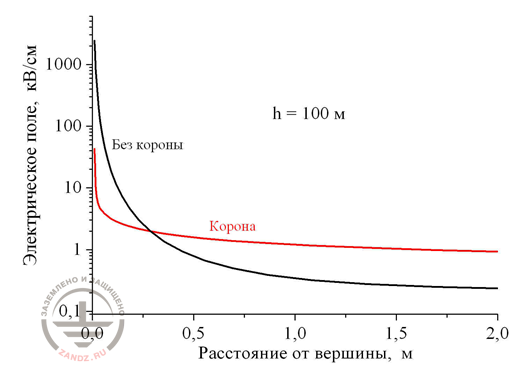 Figure 2. Aligning of the space charge over an object 100 m high*

The energy contribution to the electrical discharge at the top of the electrode is in any case insignificant, therefore the plasma channel is not formed in this case, and only a limited ionized zone appears, which is comparable to the dimensions of the corona area. To form a stable extended channel under such conditions, the plasma must have a very high conductivity, and it is supported by active electrons when lightning develops.

For cold air, the lifetime of these particles does not exceed a few milliseconds (usually up to 10 -7). Only a significant heating up of air to a mark of 5500-6000 K helps to prolong their life cycle. This happens when the corona discharge changes into streamer, in which a beam of extended plasma branches is formed on a single stem originating from the electrode. 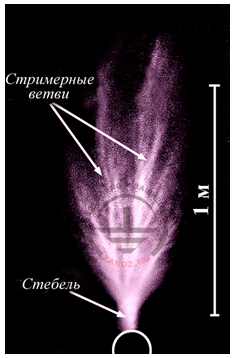 The energy input in individual streamer branches is also very small and insufficient for the required heating. Their temperature remains close to the ambient temperature. But the total current of the stem with a large number of branches can reach the values ​​that lead to further heating and formation of a counter channel. For that, streamer branches should approach the meter mark in its length, and the voltage in them - to fall to 400 kV. Only such a stem is capable of forming an oncoming discharge, called the "counter leader". It means, that the appearance of the streamer form of the corona discharge can serve as a kind of magnet for attracting lightning from a thunderstorm cloud. And knowing how to form a streamer beam at the desired point in space and how lightning chooses where to strike, it becomes possible to partially control the discharges of atmospheric electricity. The possibility of creating such transitional states is proved in theory and is confirmed in practice. Transitions occur when the corona current exceeds certain critical values:

For example, with the radius of the top of the object r 0 = 20 mm, it is possible to excite its crown to a transitional state only by creating a tension ECor = 4x104 V / cm. And, taking into account the typical mobility of ions in the corona (μ ≈ 1.5 cm2(V · s)-1), the critical value of its current should be close to 10 mA. No real object (including the Ostankino Tower) will be able to create similar conditions with the required probability, and the required values will differ from those obtained in 100 or more times. But there are repeated confirmations of formation of counter leaders even on medium and small on height objects during a thunder storm. 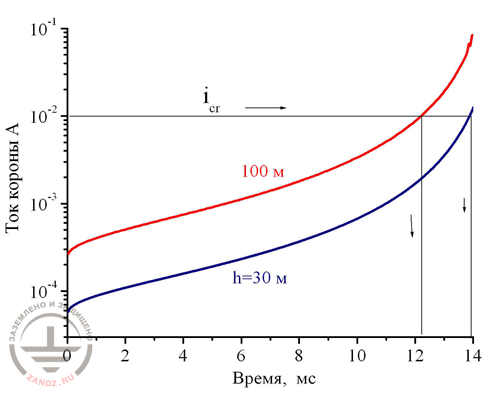 Figure 4. The increase in the electric charge of the corona on lightning rods 30 and 100 meters in height*

The design of lightning protection should be carried out taking into account the possibility of rapid and significant increase in the intensity in a separately considered area by means of an electric charge transported to the surface by a channel forming the lightning. The necessary heating for the appearance of a counter leader is facilitated not by the transferred charge itself, but by the value of the rate of amplification of the existing field. Even grass or a living being can form such a channel of breakthrough. The simulated situation clearly shows how the corona current grows at the tops of the rods of pre-grounded lightning rods located at the height of 100 and 30 meters at the start of the movement to the ground of the atmospheric discharge formed at a distance of 3 km from the surface. This averaged lightning has a vertical velocity of 2x105 m / s, a radial displacement of 3h and power of the channel charge of 0.5 mCl / m. 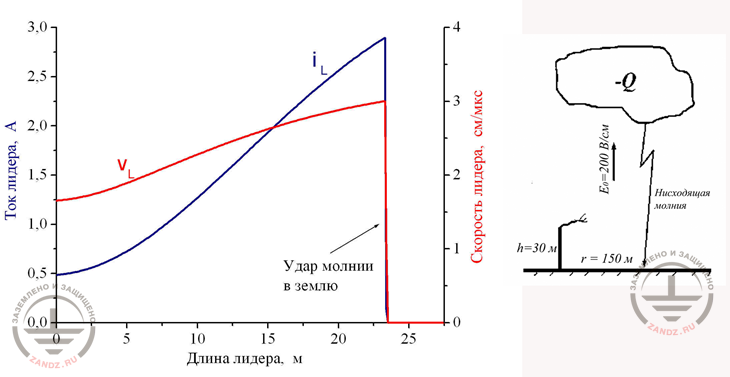 Figure 5. Forecast of the behavior of the counter leader from the height of 30 meters using computer modeling*

Variants of development of events

When calculating lightning protection, it is necessary to know that the process of attraction of the atmospheric discharge can proceed ambiguously. Depending on the parameters of the lightning channel and the characteristics of the streamer discharge, both its reunion with the opposing leader, and an unforeseen "miss" are possible. In this case, the discharge can hit something in the vicinity and the place of its hit is unpredictable. The further situation with the born counter leader also has two ways of completion: 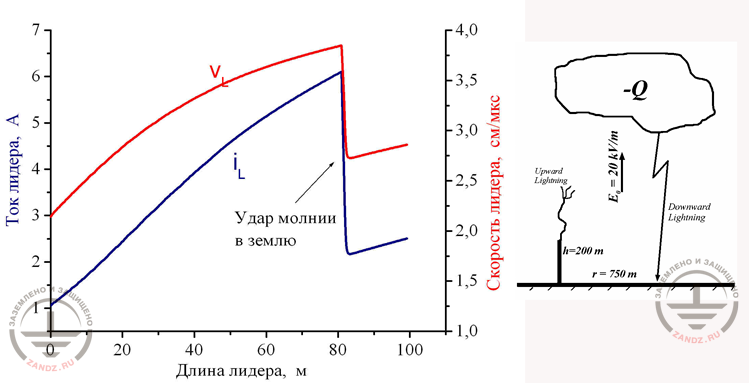 Figure 6. Forecast of the behavior of the counter leader from the height of 200 meters using computer modeling*

* - illustrations are taken from the article of prof. E. M. Bazelyan "Lightning protection of high-rise buildings"